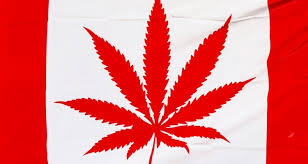 The Canadian government is ready to pardon those with a cannabis possession record of 30 grams or less as the country becomes the world’s second and largest country with a legal national marijuana marketplace.

A federal official said Canada would pardon people with convictions for possessing up to 30 grams of marijuana, the new legal threshold, with a formal announcement due later on Wednesday.

The use of medical marijuana has been legal in Canada since 2001 and Justin Trudeau’s government has spent two years working toward expanding that to include recreational marijuana. The goal is to better reflect society’s changing opinion about marijuana and bring black market operators into a regulated system.

Uruguay was the first country to legalise marijuana, in 2013.

Legalisation began at midnight with shops in Canada’s eastern-most provinces the first to sell the drug.

“I am living my dream. Teenage Tom Clarke is loving what I am doing with my life right now,” said Tom Clarke, 43, whose shop in Newfoundland began business as soon as legally possible.

Clarke has been dealing marijuana illegally in Canada for 30 years. He wrote in his high-school yearbook that his dream was to open a cafe in Amsterdam, the Dutch city where people have legally smoked weed in coffee shops since the 1970s.

At least 111 legal pot shops are planning to open across the country of 37 million people on the first day, according to an Associated Press survey of the provinces.

No stores will open in Ontario, which includes Toronto. The most populous province is working on its regulations and does not expect any stores to open until next spring.

Canadians everywhere will be able to order marijuana products through websites run by provinces or private retailers and have it delivered to their homes by mail.