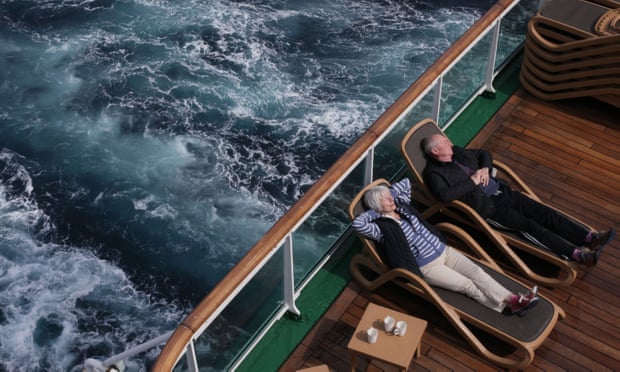 The captain of a cruise ship found to be burning fuel with excessive sulphur levels has been fined €100,000 (£88,500) in a Marseille court, the first such ruling in France.

The prosecution was intended to signal a new seriousness in tackling pollution from cruise ships after a spot-check in March on the Azura, operated by P&O Cruises, found it contained unauthorised bunker fuel.

The American captain, Evans Hoyt, knew the fuel was illegal – it contained 1.68% sulphur, 0.18% above the European limit – and the company was using it to save money, prosecutors said during the trial.

The company had “wanted to save money at the expense of everyone’s lungs”, the prosecutor Franck Lagier told the court in October.

A recent report in the journal Nature attributed 400,000 premature deaths and 14m cases of childhood asthma a year to emissions from dirty shipping fuel.

Marseille is a popular stop for giant cruise ships that ply routes in the Mediterranean between Spain and Italy and port services are an important part of the local economy. However, smog has increased in the city in recent years and shipping is thought to be responsible for a large part of the pollution, which causes respiratory problems and lung disease.

High-sulphur fuel, which is cheaper than cleaner versions, produces sulphur oxides that contribute to acid rain and the acidification of oceans.