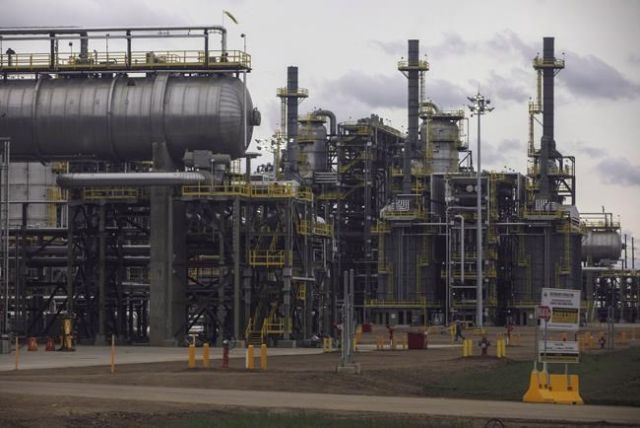 Using scarce dollars to buy your own stock instead of investing to grow the business may seem wasteful to some, but observers say it makes sense if you have money in your wallet and find your shares in the bargain bin.

“As a CEO, the way I look at it is, it’s a cyclical business. Buying back your shares when you have good cash flow and a good balance sheet, when your shares are down to really low levels, is actually good business,” said Dale Dusterhoft, CEO of Calgary-based well completion company Trican Well Service Ltd.

“But then when your multiples are up and you’re in an up cycle, using your capital to buy other things is good business as well.”

Trican bought back 9.8 million shares in October after renewing its annual buyback program. It bought the maximum allowed 10 per cent of its stock for $119 million under its 2017-18 program.

Some 627 million shares had been repurchased in 2018 for cancellation by 209 issuer companies as of mid-October, according to data provided by TMX Group, the operator of the Toronto Stock Exchange, at the request of The Canadian Press.

That’s about 135 million more shares than in all of 2017 and well ahead of the previous record high of 557 million shares in 2007, according to statistics going back to 1989.

Twenty-three Calgary-based companies involved in the upstream oil and gas sector accounted for about 184 million share buybacks this year, more than double the 76 million in 2017.

The boom in energy company share buybacks is linked to conditions in Western Canada, where a lack of pipeline capacity to carry away growing production has resulted in unprecedented discounts in oil prices versus U.S. benchmarks, said Eric Nuttall, senior portfolio manager at Toronto-based Ninepoint Partners.

“We’ve had the greatest dislocation in history between the commodity and the stocks,” he said. “Energy stocks are trading at half of their historical multiples.”

The recent decline in New York-traded West Texas Intermediate to the mid-US$50 per barrel level from peaks above US$75 in early October increases the risk of lower returns going forward and makes buybacks less appealing than simply going into “bunker mode” and preserving capital, Nuttall said.

The appeal of buybacks isn’t lost on oilsands major Canadian Natural Resources Ltd. which on Nov. 1 unveiled a new capital allocation strategy that requires half of all future cash after capital spending and dividends be spent on buybacks, with the rest to pay down debt.

It repurchased 20 million of its shares as of Sept. 30 at a cost of $874 million under a plan approved last spring to buy back up to 61 million shares over the next year.

Executive vice-chairman Steve Laut said on a conference call the “significant ramp-up” in buybacks creates “value for shareholders in current market conditions” — on Nov. 1, the company’s shares closed at $37.84, down 16 per cent from 12 months earlier.

Earlier this month, Suncor Energy Inc., Canada’s largest oil and gas company by market capitalization, said it had approval to increase its current buyback program to five per cent of its shares from three per cent.

It spent $1.98 billion to buy back 39 million shares under the program between last May and November — the increased program would cost another $1 billion if fully implemented.

In theory, reducing the number of outstanding shares in a company increases the value of the remaining shares — it should boost investor measures such as net earnings per share and production per share and therefore lead to higher market prices for each share.

That’s not how it has worked out for Trican, however.

Dusterhoft confesses to “mixed feelings” about the result but said he still believes buybacks are a strategy that will deliver good returns for shareholders in the long run.