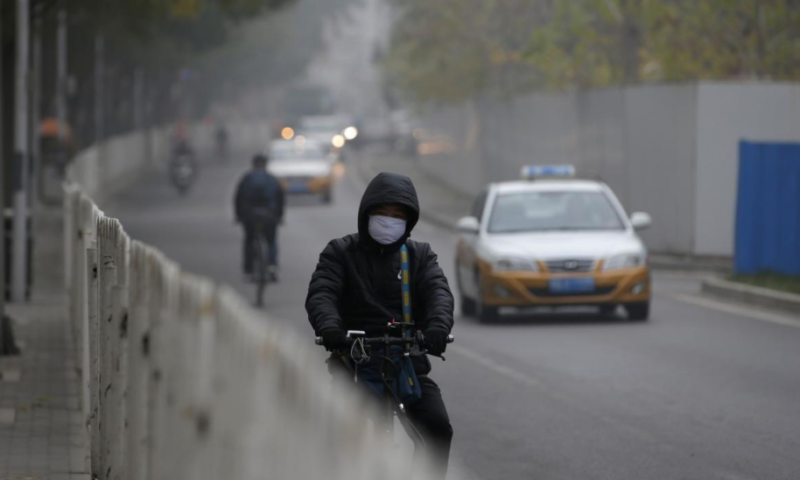 China prosecuted more than 3,500 people for pollution-related crimes in the first 10 months of the year, up nearly 40 percent on a year ago, law enforcement authorities said, as Beijing looks to courts and police to curb violations.

China has struggled to enforce its environmental laws as growth-obsessed local governments turn a blind eye to polluting local enterprises, and it has been trying to ensure violations are properly punished.

China’s procuratorate said at a Thursday briefing that it would show “zero tolerance” to environmental crimes, adding that it also prosecuted nearly 8,500 people for the wider offense of “damaging resources” in the first 10 months, up 44 percent.

The number of criminal prosecutions is still small compared to the nearly 130,000 environmental violations reported in the first nine months of the year, leading to fines of 10.63 billion yuan ($1.53 billion), according to environment ministry data.

Beijing has encouraged courts and police departments to establish dedicated environmental divisions, while financial regulators and other government departments are under pressure to play a bigger role in punishing polluters.

In a speech earlier this year, Chinese President Xi Jinping promised to deploy the full weight of the state to reverse decades of environmental damage, forcing several ministries and regulators to draw up their own plans to fight pollution.

However, the central government still regards grass-roots enforcement as a weak link, and has launched a series of reviews into the way local officials rectify violations, focusing on what they describe as “fraudulent”, “superficial” or “perfunctory” efforts to meet pollution standards.

China is also making use of its feared graft-busting body to crack down on local government violations, documents published by the corruption watchdog showed this week.

Anti-corruption teams throughout China have been investigating officials for failing to rectify environmental problems, according to notices published on the website of the Central Commission of Discipline Inspection (CCDI), which normally handles corruption and other acts of misconduct.

At a meeting of the disciplinary body in Xian in northwest China, officials were reprimanded for oversight failures during the construction of a wastewater pipeline, CCDI said in a notice on Thursday.

In another case, the local party discipline committee of Sichuan punished local Communist Party cadres for failing to respond to public complaints about an unregulated dog slaughterhouse in the city of Jianyang, the CCDI said.

Dollar’s bounce drags rivals across the board

No snow in Lapland could spell a festive flop