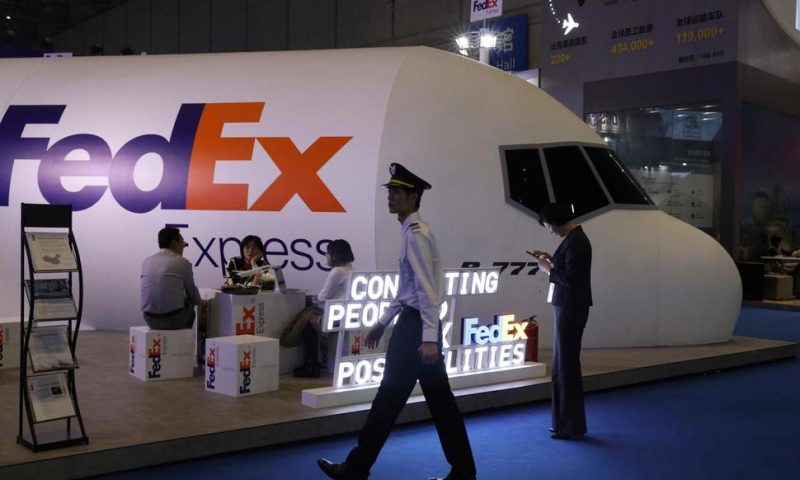 The missed deliveries drew unusual attention because of speculation that they’re related to rising U.S.-China trade tensions and U.S. sanctions on Huawei.

Four packages containing paperwork sent out by Huawei were found to have been diverted to FedEx headquarters in Memphis, Tennessee, instead of being delivered to Huawei offices in Asia.

FedEx apologized and said the packages were misrouted accidentally. It added that the company wasn’t told by anyone to divert the packages.

Huawei officials have questioned whether the diversions were truly inadvertent.

“I don’t think it is right for any company to intercept or detain individual documents or information,” Song Liuping, Huawei’s chief legal officer, told reporters Wednesday. “If our rights were truly infringed upon, we have the legal right to defend ourselves.”

China announced its investigation into FedEx on the same day that its latest tariffs on $60 billion worth of U.S. products went into effect. The duties of 5% to 25% are retaliation against President Donald Trump’s decision to raise duties on $200 billion of Chinese imports to 25%, up from 10% previously.

The U.S. has accused China of stealing trade secrets and forced technology transfers. It has placed Huawei on its “Entity List,” effectively barring U.S. firms from selling technology to Huawei without government approval. China responded to this action Friday, announcing that it will establish its own list of “unreliable entities” consisting of foreign businesses, corporations and individuals.