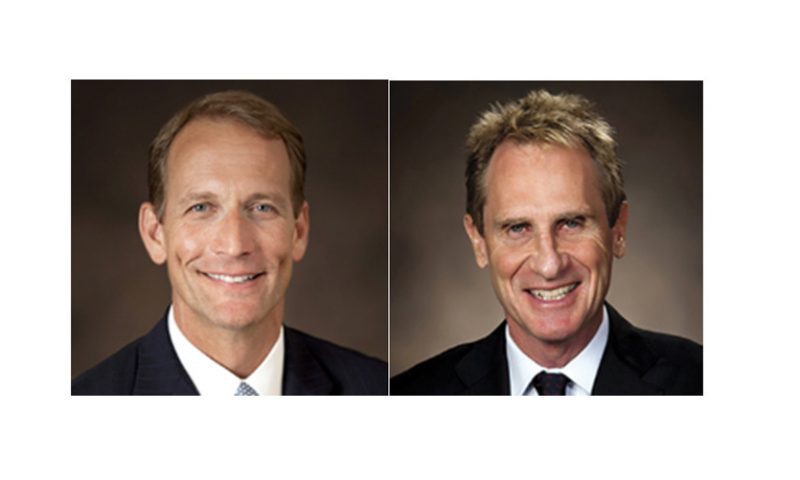 Shares of Chesapeake Energy Corp. bounced briefly Thursday after the oil and natural gas company’s top executives bought a total of 125,000 shares on the dip below $1 a share.

In a Form 4 filing with the Securities and Exchange Commission late Wednesday, the company disclosed that Chief Executive Doug Lawler paid $45,740 to buy 50,000 Chesapeake shares at an average price of 91.48 cents.

The filing said the shares purchases were executed in multiple trades at prices ranging from 91.475 cents to 91.48 cents. The stock traded in an intraday range Wednesday of 79.00 cents to $1.30, before closing at 90.69 cents.

The shares were bought in multiple trades at prices ranging from 85.01 cents to 85.49 cents. The buys leave Martin with 1,222,881-share stake. He also owns another 75,000 shares indirectly through a trust.

Lawler’s and Martin’s purchases came as the stock plunged 29% on Wednesday to close below $1 for the first time in 20 years, after the company issued a “going concern” warning in its quarterly filing with the SEC and reported third-quarter results that missed expectations for a third-straight quarter.

The stock has plunged 57% year to date, while the SPDR Energy Select Sector exchange-traded fund has gained 6.3% and the S&P 500 index has climbed 23%.

GoPro stock surges after results come in better than feared