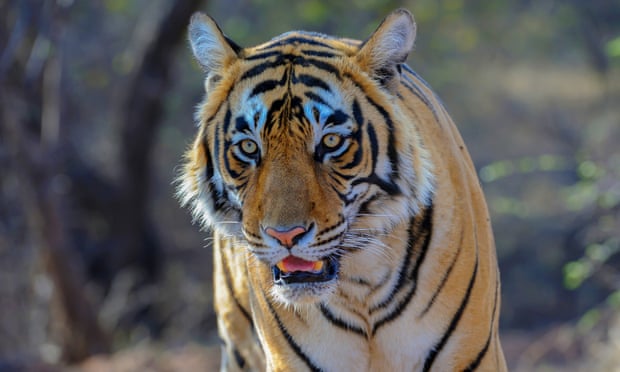 Wildlife authorities in India trying to catch a tiger thought to have killed at least nine people say they are considering the use of an unconventional weapon: Calvin Klein’s Obsession cologne.

The six-year-old tiger, given the name T1, has been accused of preying on people in Pandharkawada, a town in Maharashtra state.

Rangers have thrown significant resources into their attempts to capture the animal. One of five elephants brought in to try to corral the big cat reportedly went rogue last week and trampled through a nearby village, killing a woman.

Sunil Limaye, a wildlife official involved in the hunt, said his team was still deciding whether to deploy the men’s fragrance, but it was an option.

The power of Obsession to lure big cats was first established by experiments at Bronx zoo in New York in 2003. The key ingredient is a synthetic version of the musk secreted by the civet, a small nocturnal mammal whose glandular liquid is prized for its powerful aroma.

Limaye said his team was still relying on camera traps, track marks, thermal drones and foot patrols, but would source the fragrance if those options failed.

Animal rights activists lost a bid in the Indian supreme court last month to stop officials from killing the tiger. Obsession has been used to catch at least two other tigers in India.

The perfume was first used in the country by HS Prayag, a senior veterinarian who studies large carnivores.

“In 2015 there was a man-eater in Tamil Nadu, and so I requested CK Obsession to lure the animal,” he said. “I also tried using tiger urine but CK gave me better results.”

Chanel No 5 was also known to work, he said, “but because it is costly I use CK Obsession”.

He said he advised officials hunting big cats to try spraying the perfume on their camera traps. “But I always have a word of caution,” he added. “Please use the original Calvin Klein perfume, not the one you buy in the market, because I don’t think they’re original.”