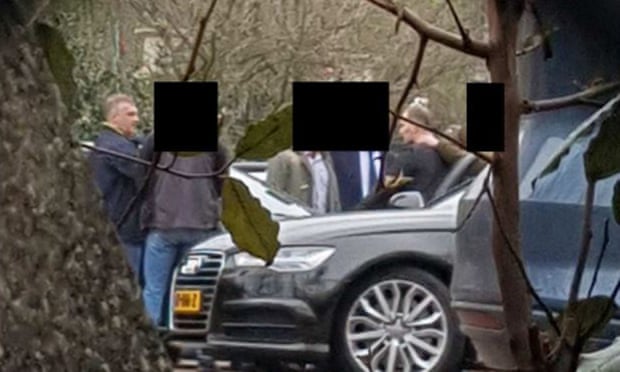 Spies do not always want to advertise their victories, preferring John Le Carré’s advice “better to be silent, be blank”. But in the case of the battle between MI6 and the GRU, a decision has been made in Whitehall to highlight and isolate the Russian military intelligence arm, aiming to turn it from a source of Vladimir Putin’s power to an impediment.

In part, the double exposure of the GRU – first wandering around Salisbury in search of the doorknob of Sergei Skripal’s home, and then caught in a carpark in the The Hague hacking into the chemical weapons watchdog – has simply been made possible by Russian incompetence.

Both missions by the GRU, the most adventurous of the Russian intelligence agencies, were bungled. Its agents not only failed to assassinate Skripal with novichok, but they were also caught in April trying to discover how far OPCW scientists had progressed in detecting the nerve agent.

UK officials could have let the second episode lie, privately content to know that Russia had been left to speculate to what degree the work of its agents was compromised.

But part of the Dutch operation started to leak. Dutch and Swiss media reported in September that two Russians were arrested in April in The Hague after trying to hack into the OPCW headquarters. It was also reported that the two agents had been planning to travel on to the OPCW-registered laboratory in Spiez near Berne. Further details emerged, but the extent to which the Russians had been caught red-handed was not disclosed.

But once the damning photographic evidence of the GRU agents in Salisbury had been revealed, reducing Moscow to largely incredible explanations, Whitehall took the decision to go on the offensive, and broaden the case against the GRU by revealing the extent to which Russia has been seeking to disrupt western institutions.

A British government official explained: “Shock went around the world after the novichok incident in Salisbury. We said we would call them out both to deter and to defend. We are not seeking to escalate, but we will defend ourselves, partly by shining a light and partly by sharing the information we have in a new way.”

It was felt that the public in the west had no inkling of the scale of the Russian hacking operation.

The Netherlands defence intelligence and security service needed to complete their investigation, and the UK needed the party conference season to conclude.

Once these two landmarks were passed, the UK intelligence machine was ready to reveal unprecedented evidence on The Hague arrests. The revelations were made in the context of “a constant and pervasive effort” by Russian front organisations to launch hacking operations against western governments and international institutions.

The aim, the foreign secretary Jeremy Hunt said, was to illustrate to Putin that the price for this activity is too high. In particular, Hunt believes that if Putin wants to have a role on the international stage, he will have to end Russia’s ongoing defence of the use of chemical weapons by the Syrian regime.

The OPCW was not only targeted by Russia due to its testing of novichok samples. The chemical weapons watchdog has become the centre of a diplomatic battle, as Russia resists British-led efforts to extend the OPCW’s mandate from merely certifying whether chemical weapons have been used to identifying the country or forces responsible for their use.

The OPCW, in Russia’s view, has been shifted from a purely scientific body to a political actor capable of attributing responsibility for war crimes in Syria and elsewhere.

Speculation in British government circles suggests the GRU is now internally vulnerable after these errors, and that Putin is not thrilled that the attack on Skripal backfired so badly. The absurd explanations advanced by Russian agents over their visit to Salisbury suggests that the Russian ministry of defence has been left to fend for itself. However, Putin’s dismissal of Skripal as a scumbag hardly suggests a man about to repent.

It is a high-risk strategy that in the short term worsens Anglo-Russian relations. But it will also solidify the European and American alliance against Russia. And by strengthening the intelligence bond in the west, it could – possibly – give Putin cause to reflect.

Diplomats thrown out in Ukraine-Hungary passport

Pakistani ice-cream seller unaware of £14m in his bank account