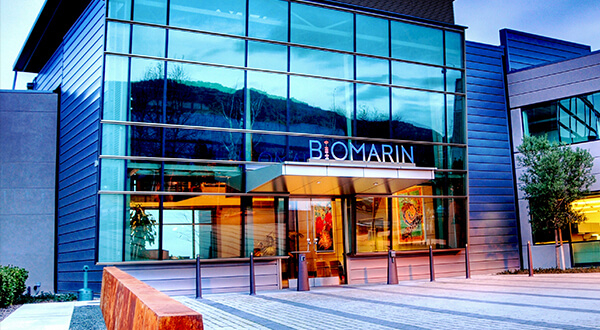 Nearly two months after the FDA nixed its hemophilia gene therapy, BioMarin has a new early research chief. Kevin Eggan, Ph.D., a Harvard University professor and recipient of a MacArthur “genius” grant, will lead the company’s discovery programs, steering the development of its future pipeline.

In addition to his work at Harvard, Eggan is the director of stem cell biology for the Stanley Center for Psychiatric Research at the Broad Institute. He sits on the scientific advisory boards of multiple life sciences companies has co-founded a trio of startups, including Q-State Biosciences, EnClear Therapies and 2020 Fierce 15 honoree QurAlis.

“I was attracted to the Company’s pioneering approach to drug discovery and development and its culture of collaboration and caring. The possibilities for science to change the way we think about disease are plentiful, and BioMarin is an ideal place to translate research into groundbreaking therapies,” Eggan said in a statement.

“The company is big enough to devote resources into scientific discovery and small enough to allow innovation to flourish. As a researcher in academia, I love the freedom to follow the science. In industry, I love the focus on establishing a clear path from biological understanding to a practical solution that can address unmet medical needs. Now I get to do both,” he added.

Eggan arrives at BioMarin after the FDA refused to approve the company’s hemophilia A gene therapy valoctocogene roxaparvovec, or valrox. The rejection came six months after the agency granted the treatment a speedy review and said it did not need an advisory committee meeting en route to approval—a development seen as a positive sign. Had it been approved, valrox would have been the first-ever gene therapy approved for the bleeding disorder.

Besides valrox, BioMarin has three programs in its pipeline, including vosoritide, which is in development for dwarfism (achondroplasia) and dominant inherited short stature. It’s also working on a pair of gene therapies for phenylketonuria (PKU) and hereditary angioedema. It has six drugs on the market, including PKU med Kuvan and its follow-up, Palynziq.

“We are thrilled to welcome Kevin to BioMarin to lead research and early development building upon our decades of research in rare genetic diseases. Throughout his career, Kevin has demonstrated a consistent track record of groundbreaking scientific research,” said Lon Cardon, Ph.D., BioMarin’s chief scientific strategy officer, in the statement.

Nvidia to build the U.K.’s fastest supercomputer for AI drug-hunters at GSK, AstraZeneca and more