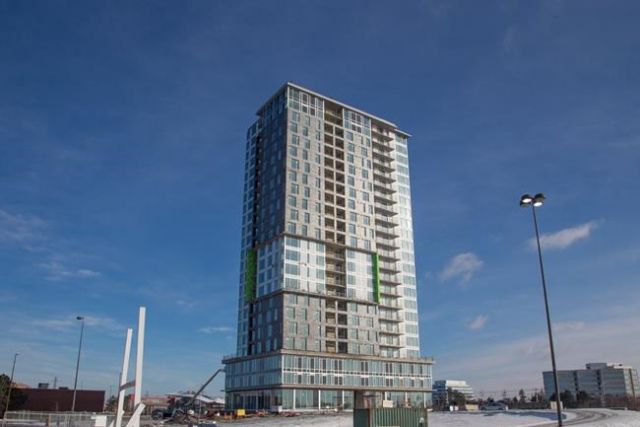 For the past 25 years, Edward Sonshine has been known as Canada’s shopping mall king.

Now, the chief executive of one of the country’s largest real estate investment trusts wants to be known for something else too: housing.

“It’s not me that changes,” Sonshine said in an interview at RioCan REIT’s head office in Toronto.

“Change in our strategy has always been a reaction to the world changing, business changing, the economy changing.”

Since it was founded in 1993, RioCan has built a portfolio of about 250 properties of retail, warehouse and office properties.

For the past year, the company has been eyeing how it could better use the prime locations of its retail and plaza malls, many of which sit on existing or soon-to-be built transit lines.

Sonshine said it was a no-brainer for RioCan to turn these retail outlets into mixed-use properties by adding rental units and office space to meet a growing demand for housing, especially in the country’s biggest cities.

Last month, Canada Mortgage Housing Corp. reported that demand for rental housing continues to outpace supply due to growth in immigration, the senior population and millennials.

“When you make it harder for people to buy, they are going to rent. They have to live somewhere,” said Sonshine. “The population of big cities continues to grow. We look at it as, the rental market has nowhere to go but be good.”

Sonshine says the shift is serendipitous because the company is already looking to reduce its exposure to retail, as consumer habits continue to move towards online shopping instead of shopping at a big-box mall.

“There is no question in my mind that the demand for retail space over the next five to 10 years will not grow,” he said.

Sonshine said this first crystallized for him in 2015 when the company’s major tenant, U.S. retailer Target, announced it was shutting down its Canadian locations.

Since then, RioCan has been pulling out of cities like London, Ont., and Grande Prairie, Alta., and reinvesting in the country’s six major urban markets, where it projects the biggest growth. By 2020, RioCan wants more than 90 per cent of its rental income to be generated by properties located in these big cities, up from the current 75 per cent now.

There are currently eight purpose-built rental projects, or 2,300 units, under construction in Toronto, Ottawa and Calgary. The first two developments will launch in the first quarter and the summer of 2019.

Within five years, Sonshine sees RioCan’s portfolio being made up of 10 per cent residential properties, five per cent office properties with the vast remainder still coming from the retail market.

Here’s what worries Wall Street more than a recession