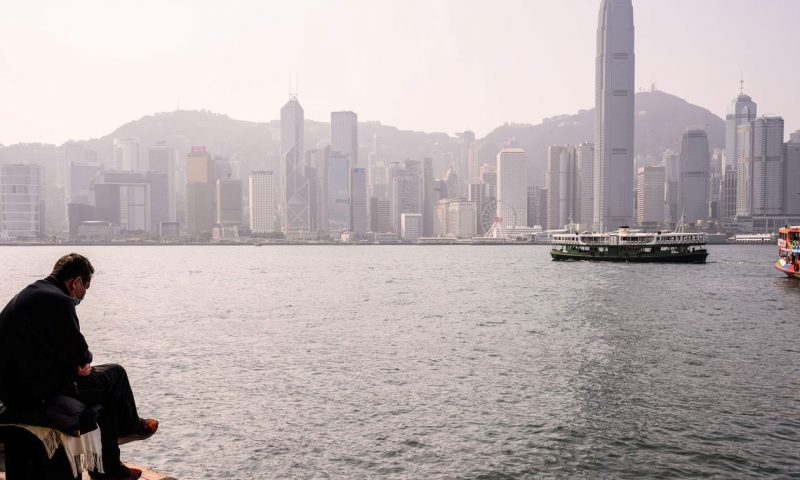 On Wall Street, the benchmark S&P 500 index gained 1.6%, recovering some of losses earlier in the week amid frenzied trading of video game retailer GameStop and other stocks targeted by novice day traders.

In Washington, Biden invited 10 moderate Republicans to the White House to discuss his proposed $1.9 trillion economic aid plan. Republicans earlier countered with an offer of $600 billion, or less than one-third of Biden’s proposed amount.

“The sound of more stimulus, which tends to raise all boats, was music to the market’s ears,” said Stephen Innes of Axi in a report.

Silver declined after jumping at one point to its highest level in eight years.

Last week, there were messages on the Reddit forum WallStreet Bets and other places on social media encouraging small investors to buy silver. It shot up Monday, but many online investors said it wasn’t them bidding up the price.

Smaller traders are learning “the silver market is much bigger than some of the small cap stocks they have been trading,” said Edward Moya of Oanda in a report. “Silver coin purchases and call option bets are not enough of a driver to send silver prices skyrocketing to record high levels.”

U.S. markets have been roiled by frenzied trading in GameStop and some other stocks that had been expected to decline but surged after novice traders bought. Other investors said hedge funds that bet against those stocks were losing money and selling other shares.

Hopes for economic aid, along with the Federal Reserve’s pledge to keep low-cost credit plentiful, have carried the S&P 500 and other major indexes to record highs.

Investors bid up stocks heading into 2021 in expectation the rollout of coronavirus vaccines would allow global business and travel to return to normal. That optimism has been dented by infection spikes and disruptions in vaccine deliveries.

Markets were rattled last week by AstraZeneca’s AZN announcement it would supply the European Union with fewer than half the promised doses, which prompted the EU to impose export controls. On Sunday, AstraZeneca promised to increase European supplies and start delivery earlier.