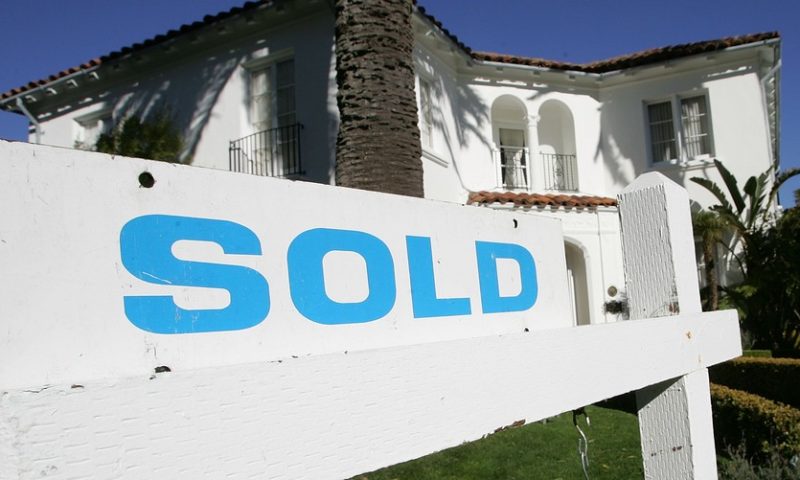 In some housing markets, 25% of sales involve a co-buyer, such as a parent or other relative

When Laura Hameister and her family moved to a new home in the San Francisco Bay area more than a decade ago, she and her husband decided to hold onto their old house rather than sell it.

Today, Hameister’s younger daughter Kaitlyn, a 25-year-old who works in the biotech industry, now lives in the three-bedroom home the family held onto along with a friend. Together, the young homeowners pay $2,600 a month in rent to Kaitlyn’s parents. Despite working in a high-paying field, Kaitlyn found it difficult to manage the cost of housing as many California residents do, her mother said.

“My gravest concern was that my children would never be able to live in the Bay Area,” she said. “Everyone would love their kids to live a short drive away.”

In San Francisco, nearly half of renters (47 are cost-burdened, meaning they must spend more than one-third of their income on housing-related expenses, according to a report released in November by real-estate website Apartment List. Nationwide, the share of renters who are cost-burdened is falling, but in 20 of the 25 largest cities households earning the median renter income are burdened by the median rent.

Parents who can afford to help their children are not standing idly by as housing costs have increased.

This is the reality many parents across the U.S. now face thanks to rising housing costs. While the country’s housing market appears to be resting on increasingly unsteady ground, home and rent prices are still at historical highs.

The median home value in the U.S. as of November was $221,500, according to Zillow ZG, +2.63% That’s nearly 8% higher than a year ago and 25% higher than a decade ago. Indeed, more than half of the homes nationwide are now more valuable than they were during the pre-recession housing bubble.

Rents have eased slightly recently, with the country’s median rent dropping 0.1% in October from a year ago, per Zillow. Nevertheless, that’s still roughly 15% higher than back in 2010.

Parents who can afford to help their children are not standing idly by as housing costs have increased. Around 8% of millennials who are no longer in school get help from their parents on the monthly rent, according to a March report from Apartment List.

Other parents are going a step further: Purchasing homes in some of the country’s most competitive housing markets for their kids to live in. Data demonstrating how frequently parents buy homes for their kids does not currently exist.

However, co-buying, where multiple, non-married buyers are listed on the sales deed, has become increasingly common in some of the country’s most popular housing markets, according to Daren Blomquist, senior vice president at real-estate data firm Attom Data Solutions. Many of these transactions involve parents helping their kids buy a home (or buying the home for them altogether.)

In San Jose, Calif., nearly half (49.3%) of all housing sales involve co-buyers as of the second quarter of 2018, according to a report from Attom. Other cities where 25% or more sales involve multiple buyers include San Francisco, Honolulu, Seattle, Miami, Boston and even Durham, N.C.

Around 8% of millennials who are no longer in school get help from their parents on the monthly rent, according to a March report from Apartment List.

Moreover, more than one in four (26.2%) of mortgage borrowers who took out a Federal Housing Administration-insured loan received assistance from a family member to afford their down payment, according to an annual report released Friday by the FHA. That’s up from 22% back in 2011.

Parents who are lucky enough to have the resources to help their children may consider buying real estate a win-win investment, because home values generally go up over time (with the notable exception of the housing market crash that preceded 2008 financial crisis.)

However, buying a home for your kids — or for your kids to temporarily use — is not fool-proof. “Because home values are slowing down, it’s not a no-brainer right now that buying a home as an investing decision will go well,” said Skylar Olsen, director of economic research and outreach for Zillow.

Here are some factors parents should take into consideration:

Do you buy all in cash or with a mortgage?

At the end of the day, taking out a loan to buy a second or third home means taking on more risk. As many homeowners learned the hard way when the housing bubble burst, a drop in home values can quickly cause a homeowner to go underwater on their mortgage, meaning they owe more on the loan than the home is worth.

‘You need to make sure you have enough savings on hand to pay for the mortgage if we go into a recession or your kid can’t afford rent.’—Danielle Hale, chief economist at Realtor.com

When that happens, it can become extremely difficult to sell, because a home sale is unlikely to net enough in proceeds to pay off the remainder of the mortgage.

Many homeowners who found themselves in this position became delinquent on their loans and fell into foreclosure.

Therefore, parents should strongly consider drafting a formal contract or lease with the help of a lawyer stipulating that the children will pay rent or contribute to mortgage payments, said Danielle Hale, chief economist at Realtor.com. This is especially important to prevent against the kids choosing to move away from the home purchased for them, leaving their parents to pick up the tab.

But even that’s not enough necessarily to offset the risk that parents would be taking on. “You need to make sure you have enough savings on hand to pay for the mortgage if we go into a recession or your kid can’t afford rent,” Hale said.

Determine who pays for home maintenance

As many homeowners will tell you, owning a home doesn’t just mean paying a mortgage and property taxes — it also entails costly home repairs and maintenance. Americans pay $9,400 on average in “hidden” costs to own a home, nearly one-third of which are devoted to upkeep, according to a report from Zillow and services marketplace Thumbtack.

And that’s nothing compared to what someone may be forced to pay for repairs in the event of a natural disaster or some other calamity. Hale recommended that parents take out their own insurance policy, but also require their children to purchase renter’s insurance. “That way if a disaster happens, it’s clear who’s responsible for paying,” she said.

Any gift worth more than $30,000 (if given by both parents) automatically triggers the gift tax for the person giving the gift. Therefore, parents who buy a home for their kids would trigger the gift tax if they were to give their kids the property for free — although steps can be taken to avoid taxes in such an instance.

But there are other ways that parents could be liable for gift tax when helping their children out with housing. For instance, if they co-sign on a mortgage with their children and chip in to the closing costs, that money could be viewed by the IRS as a gift if it’s more than the annual exemption ($15,000 for an individual, $30,000 for a couple.)

Similarly, parents could be on the hook tax-wise if they rent to their kids. The parents in such a scenario could be required to claim the rent payments they receive from their kids as income.

Parents also need to be careful about charging too low of a rent. While a discount can be applied, if the rent is too far below the fair market value or the children don’t spend enough time each year in the residence, it could be considered a second home for the parents rather than a rental property. That carries with it a different set of tax considerations, and could increase what’s owed to Uncle Sam.

Still, despite the potential challenges posed by renting to family, Laura Hameister doesn’t regret her choice. The alternative would have been having her daughter move to a less safe neighborhood where she’d pay just as much if not more in rent.

“She would have had to move further out, but she wants to enjoy the life of a 25-year-old in the city,” Hameister said.

United Airlines: No more puppies on its planes