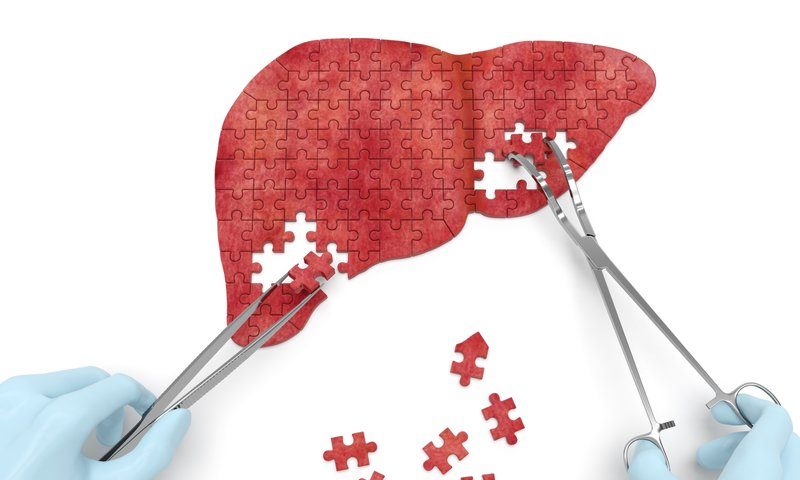 Takeda bet $300 million upfront and promised more than twice that in milestones to work on Arrowhead Pharmaceuticals’ RNA-silencing treatment. Six months later, the program is delivering results, reducing scarring and slashing levels of a disease-causing protein in patients with a rare, genetic liver disease linked to alpha-1 antitrypsin deficiency (AATD).

After 48 weeks of treatment, liver biopsies showed that four of the five patients in cohort 2 saw their fibrosis reduce by at least one stage on the Metavir scoring system, a measure of scarring and disease progression in liver disease, according to a statement. The fifth patient did not see their scarring worsen over the 48 weeks. The Metavir scale goes from zero, meaning no fibrosis, or scarring, to four, which indicates cirrhosis. Arrowhead did not reveal which stages the patients started with but plans to present its findings at an upcoming medical meeting.

The biopsies also showed a decrease in other markers of AATD liver disease in these five patients, including a reduction in levels of the disease-causing protein, Z-AAT, in the liver by 77% to 97%.

Of the patients in cohort 1, data from four patients showed that after 24 weeks of treatment, the patients had their Z-AAT levels drop by 72% to 95%. Two of the four patients, who had cirrhosis when the study began, saw a reduction in scarring by at least one stage. The other two patients did not see their scarring worsen.

“We believe the pharmacodynamic effect in alpha-1 patients is clear and consistent. The results from 24 and 48 weeks of treatment also indicate that when production of the Z-AAT protein is inhibited, the liver has the ability to clear the accumulated mutant protein and begin the fibrosis regression process earlier and more efficiently than we anticipated, even in patients with severe liver disease,” said Javier San Martin, M.D., chief medical officer at Arrowhead, in the statement.

The company will use these results, along with other data when it meets with regulators about the drug’s path forward, San Martin said.

Arrowhead and Takeda teamed up in October 2020, when the Japanese pharma paid $300 million upfront to co-develop and co-commercialize ARO-AAT. Arrowhead stands to reap up to $740 million in development, regulatory and commercial milestones. If the drug is approved, the duo will share the U.S. profits 50-50 and Takeda will take the lead on global commercialization.

Is Digital Health The Way Of The Future?