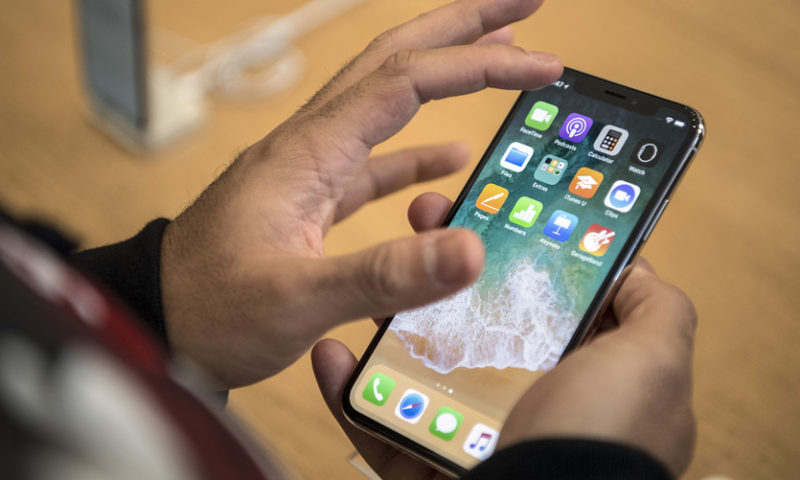 As Apple Inc.’s event approaches, there is a general consensus on how many iPhones Apple will introduce, the features they will have and the other gadgets that will get an update.

There is no unison, though, on how much the new iPhones will cost.

Apple AAPL, +0.07% launched the iPhone X at a $1,000 minimum price point last year, selling the smartphone as a major step forward for the tenth anniversary of the first iPhone. The jump in price added to Apple’s already gargantuan sales and profit this year even as the company sold roughly the same number of smartphones as the year before, pushing it to a historic trillion-dollar valuation.

Apple for the first time introduced three iPhone versions at its last launch event, and Chief Executive Tim Cook is widely expected to follow a similar strategy Wednesday at the company’s new Cupertino, Calif., headquarters. Reports indicate that Apple will likely introduce a cheaper phone that looks like the current iPhone X except with an LCD screen, which could be called the iPhone 9. The company is also thought to be planning an incrementally better version of the OLED iPhone X as well as an OLED phone with a 6.5-inch screen. At least one of these could be called the iPhone XS, and the larger model may be named the iPhone XS Plus.

Notes shared with MarketWatch showed expected prices that ranged from $999 to $1,099 for the top-of-the-line iPhone model, and $699 to $849 for the cheaper, LCD model.

Morgan Stanley’s Katy Huberty expects Apple to stick with a base price of $999 for its most expensive phone, with the upgraded iPhone X going for $899 and the LCD version starting at $669, though she admits that based on Chief Executive Tim Cook’s recent commentary about iPhone pricing, the company might end up going higher with all three base prices.

“Since the iPhone X has been the best selling iPhone this year, despite the $999 starting price tag, we believe Apple understands consumers are willing to pay for a superior device and user experience,” wrote Huberty, who rates the stock at overweight with a $245 price target.

Hargreaves told MarketWatch that he wouldn’t see much reason for Apple to forgo a price hike, especially when a larger-screen high-end model could be worth the extra money for the many iPhone fans who are willing to pay for premium devices.

“The very high end of Apple’s market is very inelastic,” the Keybanc analyst, who rates the stock at sector weight, said. “They have to maximize revenue and profits in a market that’s saturated.”

Apple has been collecting more for each iPhone, and in general consumers are expected to pay more for an iPhone in the coming cycle than they have in the past. Analysts in general expect that the average price of an iPhone will rise to $757 for the 12-month period ending next September, up from $752 in the period ending this September.

Goldman Sachs analyst Rod Hall thinks the average price could go even higher: He forecasts that consumers will spend $793 on average for a new phone in the next fiscal year, up 5% from this year. He rates the stock at neutral with a $240 price target

“The lesson Apple learned last year was that if you sell premium smartphones at a high price point, you can sell a lot fewer units and still have the financial benefits,” D.A. Davidson analyst Tom Forte told MarketWatch. He rates the stock at buy with a $265 target price.

This year is part of an “S” cycle, though, when Apple typically refines and improves features introduced the year before. This year’s devices will likely have improved processors, better camera features, and perhaps a gold color option.

With Apple’s last iPhone launch, the company started effectively selling eight different iPhone models at a time, wrote Bernstein analyst Toni Sacconaghi, which was its most ever. The company will presumably stop selling some of these when it rolls out its new lineup, but there’s debate about what will stay and what will go.

Sacconaghi predicts that the company will discontinue the current iPhone X, as it will want to attract customers to its newer models. He thinks the company will keep the iPhone 8 and 8 Plus around but drop the price of each by $100. “This is partly what informs our belief that the iPhone 9 will be priced around $799,” he wrote “Any lower, and Apple would find itself charging less for the iPhone 9 than for the inferior iPhone 8 Plus (presumably $799 for the 256GB version).”

He concedes that if Apple were to stop selling the iPhone 8 and 8 Plus, the company might decide to price the iPhone 9 lower than $799 “although we would note that Apple has also historically priced in accordance with bill-of-materials cost, and the iPhone 9’s BOM should theoretically cost more than the iPhone 8/8 Plus.”

Sacconaghi rates the stock at market perform with a price target of $200.

Though the iPhone is the focal point of Apple’s September events, expect an update to the Apple Watch. Reports indicate that it will retain its square form factor but feature more usable screen space, as it will have the same bezel-free look of the iPhone X.

“In terms of less-certain announcements,” Bernstein’s Sacconaghi said Apple fans might see an update to the popular AirPod earbuds and a status update on the wireless charging mat that Apple discussed a year ago. He expects a bezel-free iPad Pro at the September event but said that a MacBook Air refresh might not be announced until October.

The company could also give an update on its streaming-media efforts. Apple has been getting more serious about original content, and the company is expected to eventually launch a bundled media offering, consisting of music, video, and news.

Apple shares are up 37% over the past 12 months, and closed Friday with a market cap of $1.07 trillion. The Dow Jones Industrial Average DJIA, -0.31% which counts Apple as a component, has risen 19% in that period.

Applying for college financial aid is finally going to be easier