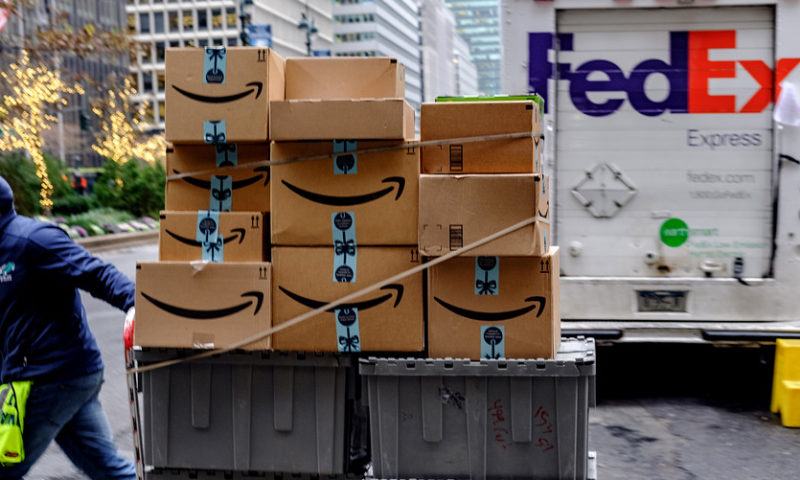 After a giant stock selloff surrounding the heart of corporate earnings season, investors who thought that the worst was behind them as Christmas approached just received a rude wake-up call.

Late-season earnings reports Tuesday afternoon from FedEx Corp. FDX, -10.09% and Micron Technology Inc. MU, -3.34%  contained worrisome forecasts that suggest a global economic slowdown could be on the horizon. After a wave of gloomy forecasts from tech companies slammed stocks earlier in the quarter, the double whammy is likely to increase concerns about the larger economy in the coming year.

FedEx announced a plan for employee buyouts to cut costs despite beating earnings expectations with more than $1 billion in quarterly profit. Chief Executive Fred Smith explained that the company reduced its 2019 earnings guidance and instituted the cost cuts because of a slowdown in activity in Europe and China, mentioning the effects of a trade war between the U.S. and China.

“In the U.S., growth remains solid, run by robust consumer spending and favorable conditions in the industrial sector. Internationally, economic strength seen earlier this year has given way to a slowdown,” FedEx executive Rajesh Subramaniam said in extending Smith’s comments. “The peak for global economic growth now appears to be behind us.”

Micron’s issues were not a surprise to anyone who had been paying attention: Amid short supply and high demand for its memory chips last year, many tech companies purchased memory chips in bulk earlier than usual this year, and now have overstuffed inventories of the equipment. Micron’s forecast misfire on Tuesday was of an entirely different scale, though, predicting revenue more than $1 billion below the level analysts expected.

“While we end calendar 2018 on the heels of unprecedented profitability and revenue for both Micron and the industry, we do believe we are entering a period of weaker market conditions,” Chief Executive Sanjay Mehrotra said in his conference call Tuesday. “We are taking prudent actions to adapt our manufacturing plants to the changing demand environment.”

While Micron did not announce any specific job cuts Tuesday, Chief Financial Officer David Zinsner said the company would be “implementing expense controls across the company including tighter controls on head count, holiday work schedule slowdowns and reductions in discretionary spending.”

Struggles for FedEx and Micron could just be company-specific and not endemic of a wider slowdown, but both companies have strong visibility into important early indicators in their ecosystems. Any slowdown in shipping from Europe and China would show up for FedEx long before the companies doing the shipping actually report weaker financial results.

Micron’s memory chips have been a key component in the large data centers being built globally, a strong driver of the overall economy, and a long-term slowdown in sales for the company is yet another sign that the larger tech ecosystem is slowing down. Much like the chip companies that reported earlier in the quarter, Micron executives stressed that they expect the company to bounce back in the second half of 2019, but offered little evidence for that theory.

Most important, Wall Street is already on edge after devastating declines in the fourth quarter, so weak forecasts from two companies with more data than their earnings predecessors and important placements in the supply chain will not go over well. With just two weeks before the new year arrives, hopes that earlier signs of an economic slowdown would dissipate with the turning of the calendar are likely to disappear completely.