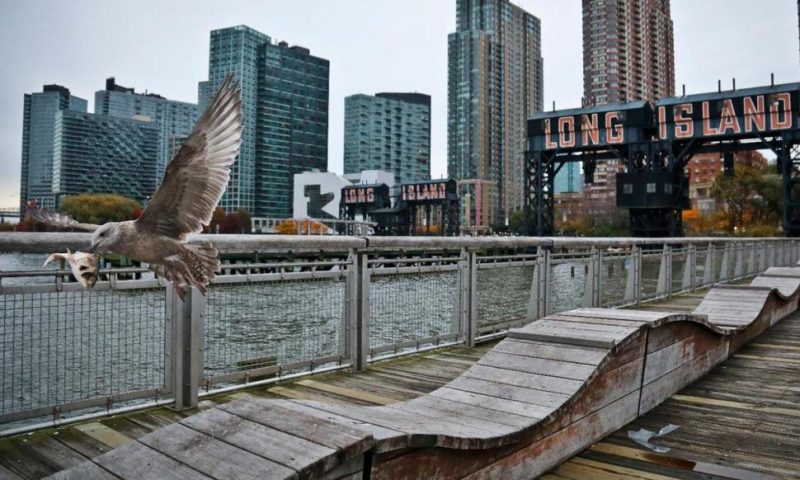 Elected officials say the deal to bring a new Amazon headquarters to New York City is a big win for taxpayers, but the math behind billions of dollars in tax breaks and incentives isn’t that simple.

NEW YORK — New York officials tout their deal to land a new Amazon headquarters as can’t-miss math. The city and state put up $2.8 billion in tax breaks and grants. In return, they get an economic engine expected to generate $27 billion in new tax money over a quarter-century.

“This is a big moneymaker for us. Costs us nothing,” Gov. Andrew Cuomo said when the agreement was announced.

The state’s predicted 9-to-1 return on its investment was based on a widely used economic model that compares the costs of tax incentives with expected tax gains, but it didn’t factor in the substantial costs of accommodating Amazon’s growth in the city, economic development researchers said after reviewing the documents.

The city and state will have to spend money to educate the children of Amazon workers, improve public transportation to get them to work, collect their garbage, adjust police and fire coverage, and provide all sorts of other services for a growing number of people.

“Claiming 9-to-1 isn’t just implausible. It is a dishonest way to present the return on these incentives,” says Nathan Jensen, a University of Texas professor of government who has been critical of the way economic development incentives are used.

The reports also don’t measure the Amazon “HQ2” project against any other possible development of its intended site in the booming Long Island City neighborhood.

Four academic and think tank researchers who weren’t involved in the state’s cost-benefit analyses said that while its methods were standard, its scope was limited.

“It’s a standard cost-benefit approach, but it tends to talk a lot about the benefits and not a lot about the costs,” said Megan Randall, a research analyst at the Urban-Brookings Tax Policy Center. “That’s not to say that the costs will automatically override all the benefits … (but) cities should be armed with that knowledge.”

New York state’s evaluation of the Amazon deal is based on an assumption that the company will ultimately create 40,000 relatively high-paying jobs in the city by 2034. That’s the maximum number foreseen in a deal that starts with a promise of 25,000 jobs by 2028.

The state-commissioned analysis by Regional Economic Models Inc. also predicts Amazon’s presence in the city will eventually create 67,000 other jobs outside the company, in industries from tech to real estate to restaurants that might serve Amazon workers.

Over 25 years, all those new jobs will generate about $14 billion in state income and sales taxes and about $13.5 billion in city taxes, according to that analysis and a city report also involving a REMI model.

Cuomo lauded that as “the highest rate of return for an economic incentive program that the state has ever offered.”

“Their model is widely considered to be the gold standard for economic and fiscal impact analysis and has been recognized for its analytical depth, sophistication and flexibility,” Adam Kilduff, a spokesman for Empire State Development, said in an emailed statement.

A representative of the city’s economic development agency did not respond to questions about the analysis.

The analysis may be right about tax revenue, but “it’s incomplete,” said Timothy Bartik, a senior economist at the W.E. Upjohn Institute for Employment Research and a leading expert on incentives. “You need to look at the spending side.”

Opponents of the project have raised alarms about adding to the strain on subways, sewers and schools already struggling to keep up in the fastest-developing neighborhood in New York City.

Some improvements are already in the works. The Amazon agreement promises a new school and infrastructure upgrades. Critics, including some local politicians, are skeptical it will do enough.

They’ve held a series of rallies and protests and are exploring possible options to try to stop the project.

While voters in New York City support bringing Amazon’s campus to the city, they are divided when it comes to the incentives from the city and state, according to a Quinnipiac University poll released Wednesday.

The survey, which has a margin of error of plus or minus 3.8 percentage points, found that 57 percent of city voters support Amazon’s decision, while 26 oppose it. Forty-six percent of respondents support the incentives, however, compared with 44 percent who said they are opposed.

Beyond the costs of growth, the New York analyses also don’t address some other questions, experts said.

David Merriman, a University of Illinois at Chicago public administration professor who specializes in tax issues, said it didn’t consider the possibility of economic growth in Queens even if Amazon never came.

There were prior plans for big commercial and residential development on part of the potential Amazon site that have now been scuttled in favor of accommodating the company.

The state analysis also didn’t examine whether New York could have bagged the same prize while offering less, as Virginia did to score an additional Amazon headquarters there.

“A proper analysis would take seriously that we are uncertain how much, exactly, was needed to attract HQ2 to New York,” said UT’s Jensen.

Amazon officials have said “the driving factor” in choosing New York and Virginia was the availability of enough tech talent, not the tax incentives.

“I honestly don’t think that the main thing that people should be looking at is whether or not it makes money for the state government. That’s not the purpose of state government,” he said. “The bigger impact is if you create jobs that otherwise wouldn’t be there.”