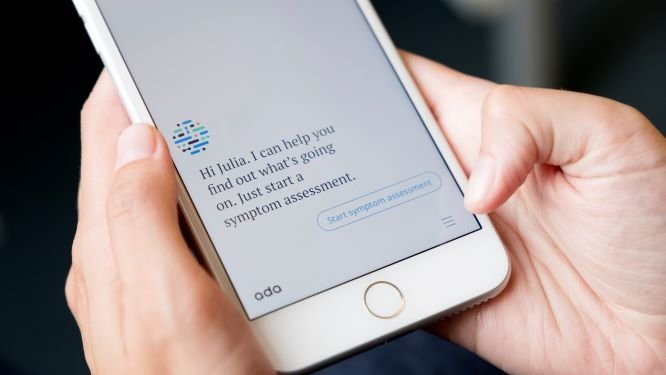 In a vote of confidence for anyone who’s ever insisted on using the internet to diagnose their own illness before even scheduling a doctor’s appointment, Ada Health has raked in a sizable series B to continue growing its symptom-checking platform.

The round was led by Leaps by Bayer, the Big Pharma’s dedicated investment arm. In addition to contributing a large chunk of the $90 million financing, Bayer is also plotting out a longer-term strategic partnership with Ada.

Berlin-based Ada will use its latest cash infusion to expand in the U.S. and continue developing its artificial intelligence-powered symptom assessment technology. The goal? Getting closer to Ada’s dream of becoming the world’s top healthcare navigation platform.

Ada’s technology, which combines “powerful artificial intelligence with an emphasis on medical rigor and high levels of clinical accuracy” will help patients get healthier sooner by “intervening earlier in their healthcare journey,” Jürgen Eckhardt, head of Leaps by Bayer, said in a statement.

Ada’s platform, accessible via free smartphone app, guides users through a series of questions about their demographics, underlying health conditions and any symptoms they’ve been experiencing, as well as the onset and severity of those symptoms. The app then uses an AI algorithm to compare the self-reported data with Ada’s massive medical library to come up with a list of conditions that could be causing the symptoms.

The algorithm has been trained in the specifics of hundreds of medical conditions, allowing it to spot minute differences among symptoms of and underlying health factors associated with conditions that may present in similar ways.

Though the resulting list doesn’t constitute a clinical diagnosis, it does encourage users to speed up the traditionally long waiting period between symptom onset and official diagnosis by providing further information about each potential cause and a list of nearby healthcare providers who can treat the suspected issue.

And Bayer isn’t the only Big Pharma interested in Ada’s technology. Earlier this month, the software developer inked a deal with Novartis to integrate its symptom-checking chatbot into Novartis’ online resource hubs for rare, difficult-to-diagnose diseases, including axial spondyloarthritis, psoriatic arthritis and familial Mediterranean fever.

Ada’s platform, which keeps all entered data confidential and encrypted, has so far been used by more than 11 million users around the world for nearly 24 million assessments.

The company’s recent $90 million haul—which also included participation from the Samsung Catalyst Fund, Vitruvian Partners, Inteligo Bank, F4 and Mutschler Ventures—nearly doubles Ada’s series A, which closed in October 2017 with a total of $47 million raised. That funding was led by Access Industries, the global investment group of serial investor (and newly appointed richest person in the U.K.) Len Blavatnik.

Tectonic hires McNamara from Novartis’ GNF to head up research