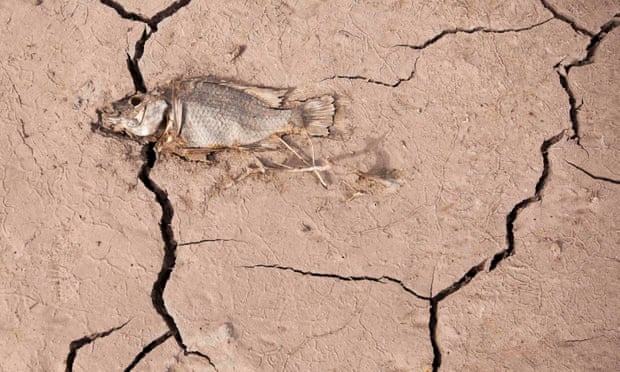 Countries are failing to take the action needed to stave off the worst effects of climate change, a UN report has found, and the commitments made in the 2015 Paris agreement will not be met unless governments introduce additional measures as a matter of urgency.

New taxes on fossil fuels, investment in clean technology and much stronger government policies to bring down emissions are likely to be necessary. Governments must also stop subsidising fossil fuels, directly and indirectly, the UN said.

Gunnar Luderer, one of the authors of the UN report and senior scientist at the Potsdam Institute for Climate Impact Research in Germany, said: “There is still a tremendous gap between words and deeds, between the targets agreed by governments and the measures to achieve these goals.

“Only a rapid turnaround here can help. Emissions must be reduced by a quarter by 2030 [to keep warming to no more than 2C (3.6F) above pre-industrial levels] and for 1.5C emissions would have to be halved.”

In all, a tripling of effort may be needed to keep warming to less than 2C, meeting scientific advice on avoiding the most dangerous effects of climate change.

Greenhouse gas emissions continued their long-term rise last year, according to the UN, but they could be brought under control. There are promising signs, such as investment from the private sector in renewable energy and other technologies to cut carbon, but these are currently insufficient to meet scientific advice.

Joyce Msuya, deputy executive director of UN Environment, said: “The science is clear: for all the ambitious climate action we’ve seen, governments need to move faster and with greater urgency. We’re feeding this fire, while the means to extinguish it are within reach.”

Global emissions have reached what the UN has called “historic levels” of 53.5 gigatonnes of carbon dioxide equivalent, and are showing no signs of peaking, despite a levelling off in the past decade.

The report came a day after Donald Trump said he did not believe his own administration’s latest report warning about the dire risk of inaction on climate change.

Last month, the Intergovernmental Panel on Climate Change warned of the dire effects of allowing global warming to reach 1.5C above pre-industrial levels. The world has a little over a decade to bring down greenhouse gas emissions before such dangerous levels of warming become inevitable.

Only 57 countries, representing 60% of global greenhouse gas emissions, are on track to cause their emissions to peak before 2030. If emissions are allowed to rise beyond that, the IPCC has said countries are likely to breach the 1.5C limit, which will trigger sea-level rises, droughts, floods and other extreme weather events.

On Monday, the biggest review of climate change in the UK for a decade found that flooding was likely to become more severe and summers could become more than 5C hotter within 50 years.

The UN’s warning comes before key talks in Poland next month, when governments will meet to discuss how to implement the commitments made in Paris in 2015. According to the Paris agreement, the first global pact to bind both developed and developing countries to a specific temperature goal, governments must do all they can to stop warming reaching 2C above pre-industrial levels, with an aspiration to limit warming to no more than 1.5C.

Jian Liu, the chief scientist at UN Environment, said some of the necessary policies were clear and available, if there was political will to implement them. “When governments embrace fiscal policy measures to subsidise low-carbon alternatives and tax fossil fuels, they can stimulate the right investments in the energy sector and significantly reduce carbon emissions. If all fossil fuel subsidies were phased out, global carbon emissions could be reduced by up to 10% by 2030.”

Carbon pricing is one way of achieving this, but has run into difficulties as taxes are often unpopular and schemes to reduce carbon through emissions trading are often contested by businesses and other interests.

Greenhouse gas emissions stalled soon after the global financial crisis of a decade ago, then quickly resumed their rise, to the consternation of climate experts. For three years before 2017 they fell once again, but last year there was an increase. Emissions are expected to rise further this year, pointing to an emissions gap between what countries promised in Paris and what their policies are delivering.

Another problem is that infrastructure such as buildings, transport networks and energy generation that is built now to rely on fossil fuels will in effect lock in future emissions for the lifetime in which that infrastructure operates, usually up to 50 years.

Changing the way we construct infrastructure is therefore essential, but many companies and governments still rely on old measures of economic performance and old ways of generating energy and constructing buildings.

Jennifer Morgan, the executive director of Greenpeace International, said: “The window of opportunity is starting to close and if we fail to act now the opportunity will be gone. Failure to act will lock in catastrophic global warming that will change the planet irrevocably and condemn millions to suffering. What are governments waiting for?”

Stephanie Pfeifer, the chief executive of the Institutional Investors Group on Climate Change, said some businesses were taking action. “Investors understand the opportunity presented by the move to a low-carbon economy. The right signals from government will help to unlock low-carbon investment from the private sector.”

Companies ‘can sack workers for refusing to use fingerprint scanners’