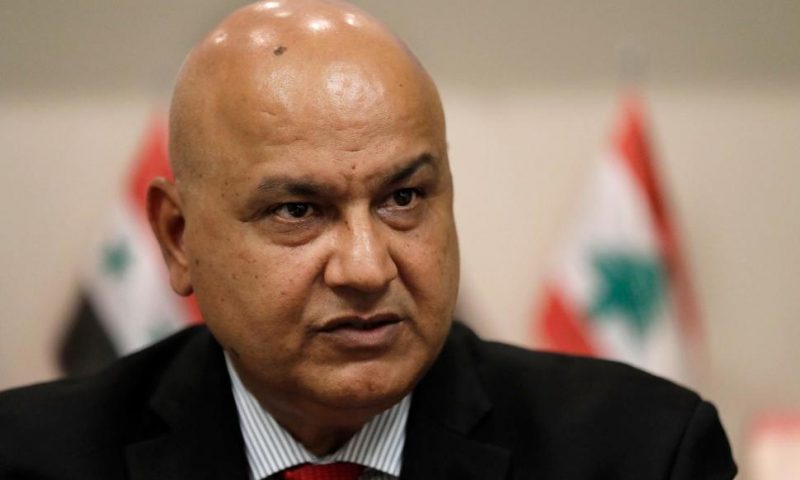 BEIRUT — The World Bank on Friday urged Lebanon to form a new Cabinet “within a week” to prevent further degradation and loss of confidence in its economy, warning of grave risks to the country’s stability amid a worsening fiscal and economic crisis.

Saroj Kumar Jha, the organization’s regional director, told The Associated Press that the World Bank observed “enormous losses” in recent weeks and said a new government was urgently needed to redress the situation.

“We are very concerned that this will impact the Lebanese poor people, middle class” and businesses, he said in an exclusive interview.

Prime Minister Saad Hariri resigned his government on Oct. 29 in response to the unprecedented nationwide protests that have swept Lebanon starting in the middle of last month. The protests erupted over proposed new taxes and have snowballed into calls for the government to resign and for the entire political elite that has ruled Lebanon since the end of its 1975-90 civil war to step aside.

The protests have paralyzed Lebanon and kept banks shuttered for two weeks. Since they opened again last Friday, people have been rushing to withdraw money, fearing that the country’s crisis would further deepen amid shortage in liquidity. The banks subsequently have been imposing irregular capital controls to protect deposits and prevent a run on the banks, adding to the turmoil.

More than a week after Hariri resigned, President Michel Aoun has not yet set a date for consultations with heads of parliamentary blocs who would name a new premier. Protesters are demanding a government made up of technocrats that would get immediately to work on the necessary reforms to address the economy. Politicians are divided among other things over whether the new Cabinet should be made up of experts only or include politicians.

“It is extremely important that there is a political solution to the ongoing crisis and (that) we have a credible government in the office, which can launch ambitious bold reforms for economic stability,” Jha said.

Jha said the losses “are enormous” and some of them can be measured but there are many that cannot. He said the World Bank estimates that before the protests started on Oct. 17, Lebanese was already in recession and “we were projecting 0.2% negative growth in the Lebanese economy. More recent “estimates suggest that the contraction in the country’s economy could be about 1% of the GDP, which is quiet substantial.”

He added this would almost mean 600 to 700 million dollars of economic losses every day.

Lebanon, which suffers from widespread corruption, has one of the highest debts in the world, standing at $86 billion or 150 of the GDP.

Jha said the new government should work on restoring confidence in the Lebanese economy, creating business opportunities for all Lebanese, improving the job market and launching a comprehensive program for the state-owned electricity company, which is draining state coffers.

“We need a government immediately. A government which is credible, meets the expectations of the Lebanese people, can work with all (sides) in the country and international community” to take these reforms forward, he said.

“Given the scale of social and economic impact in terms of economic losses, increasing poverty, increasing unemployment, I think it is extremely important that we have a government within a week to prevent further degradation of the Lebanese economy and the confidence in the Lebanese economy,” he said, speaking to The AP at his office in central Beirut.

“If there is a government within a week, first of all it will send a very positive signal to everyone. To the markets, investors, to the international community,” Jha said.

The banking sector — a backbone of the economy — suffered a blow on Thursday when Moody’s Investors Service downgraded the country’s three largest banks into junk territory. The international agency downgraded to Caa2 from Caa1, the local-currency deposit ratings respectively of Bank Audi, BLOM Bank and Byblos Bank.

Jha said the “downgrading of several Lebanese banks … shows that the confidence in the Lebanese economy is very sharply declining.”

“It presents itself as a challenge to the Lebanese political leaders to really form the government as soon as possible,” he said.

Lebanon’s state-run National News Agency reported Friday that the country’s banks will be closed for two extra days over the weekend amid deepening turmoil and public anxiety over liquidity and sustained anti-government protests.

It said the banks will be closed both on Saturday and Monday, along with the regular Sunday closure for the weekend. The report says this will allow for the observation of the holiday celebrating Prophet Mohammad’s birthday, which is set for Monday in Lebanon.