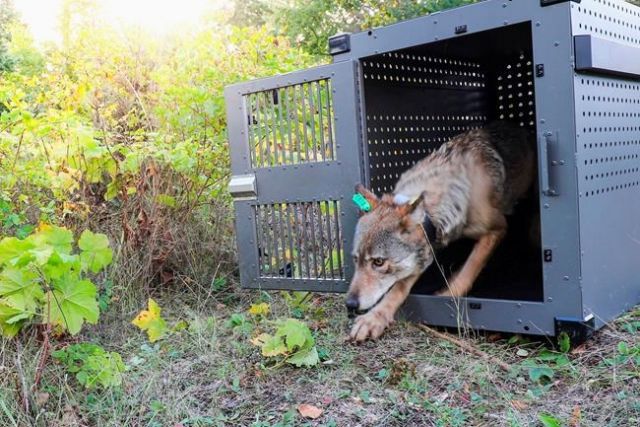 U.S. wildlife officials plan to lift protections for grey wolves across the Lower 48 states, re-igniting the legal battle over a predator that’s running into conflicts with farmers and ranchers as its numbers rebound in some regions.

The proposal would give states the authority to hold wolf hunting and trapping seasons. It was announced Wednesday by acting Interior Secretary David Bernhardt at a wildlife conference in Denver.

Wolves had previously lost federal protections in Montana, Idaho and Wyoming, where hunters and trappers now kill hundreds of the animals annually.

Wildlife advocates and some members of Congress reacted with outrage to the latest proposal and promised to challenge any final decision in court.

Jamie Rappaport Clark, a former director of the U.S. Fish and Wildlife Service now with the group Defenders of Wildlife, warned of an “all-out war on wolves” if the plan advances.

“We don’t have any confidence that wolves will be managed like other wildlife,” she said.

But government officials countered that the recovery of wolves from widespread extermination last century has worked and they no longer need the Endangered Species Act to shield them.

“Recovery of the grey wolf under the Endangered Species Act is one of our nation’s great conservation successes, with the wolf joining other cherished species, such as the bald eagle, that have been brought back from the brink,” U.S. Fish and Wildlife Service spokesman Gavin Shire said in an emailed statement.

Agriculture groups and lawmakers from Western states are likely to support the administration’s proposal.

Further details were expected during a formal announcement planned in coming days.

Huawei sues US over government ban on its products