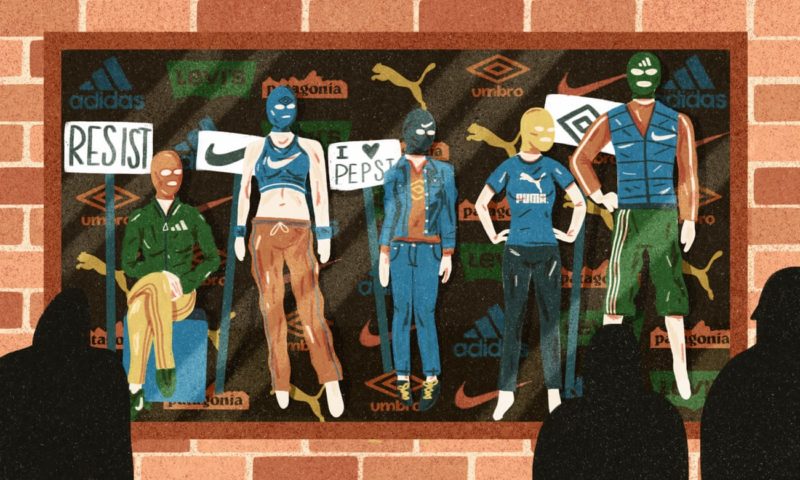 It used to be you didn’t have to choose. That was before the announcement last week by Levi Strauss & Co, the 165-year-old denim company, of a partnership with Everytown for Gun Safety and other gun violence prevention groups.

“While taking a stand can be unpopular with some, doing nothing is no longer an option,” the Levi’s chief executive, Chip Bergh, wrote. “Business has a critical role to play and a moral obligation to do something.”

“We can only assume that Levi’s accountants have determined that resulting skinny jeans sales will be enough to offset the permanent damage to their once-cherished brand,” the gun lobbyists said.

The Levi’s move did not have the markings of a purely venal business play: Bergh, a former US army captain, has spoken out about guns before. But with Nike unveiling Colin Kaepernick as its latest spokesman the same week, and a startling wave of brands taking stands on issues they might previously have shunned, the NRA accusation had bite. Is this new brand bravery for real? And if so, what’s driving it?

As consumers are roiled by Facebook fights and riven by mistrust in Donald Trump’s America, corporations have confronted the old question – of how to move product – with sometimes experimental answers, analysts say, and deeply mixed results.

“More and more, consumers are looking for brands that stand for something and take a position, so that they can make a decision for themselves if that represents their identity and their values,” said Todd Fischer, a senior vice-president at GMR Marketing, a global agency. “Brands have been pulled deeper into the conversation.”

But that conversation comes with risks and corporations sometimes get it wrong. The roll call of shame is topped by Pepsi, which in spring 2017 released an ad in which Kendall Jenner, the millennial model, led a group of (very handsome) protesters evoking the Black Lives Matter movement in a showdown with (very handsome) police. The standoff was resolved by a shared soda.

“If only Daddy would have known about the power of #Pepsi,” Bernice King, daughter of Martin Luther King Jr, tweeted. The spot was abruptly canned.

What was Pepsi thinking? Corporations in general are under increasing pressure to “take a stand in ways that go beyond the generic corporate social responsibility platitudes they used to be able to sort of hide behind,” said Michael Serazio, a professor of communications at Boston College.

“We’ve evolved to a point in branding history where consumers purchase things not because of their utility but because of what it signals to other people in their social milieu. What you’ve seen over the last couple of years is this trend toward corporations taking more specific and more controversial political stances.”

Many other corporations have dared to tread where Pepsi stumbled. Yuengling, the Pennsylvania brewery, endorsed Trump for president; Patagonia, the California-based clothier, sued Trump for annulling public lands; Delta Airlines and REI, the gear store, came out in favor of gun control; Adidas stood behind Kanye West, the inventor of the brand’s best-selling Yeezy shoe line, after his controversial statements about slavery and Trump. Burger King, meanwhile, made a Whopper commercial about net neutrality, and after Trump was elected, Heineken staged an excruciating series of conversations between strangers to assert “there’s more that unites than divides us”.

With its recruitment of Kaepernick as spokesman, Nike seemed to go even further. As a leader of the movement among National Football League players to kneel during the national anthem to protest about police violence against people of color, the formerly star quarterback found himself ostracized by the league and attacked personally by Trump, starting when Trump was still a candidate.

Featuring star athletes and others who have overcome various forms of adversity to become champions, the new Nike ad is narrated by Kaepernick and finishes with the tagline: “Believe in something, even if it means sacrificing everything.” The line induces either chills or nausea, depending on your tolerance for corporate plays at poignancy. It appeared to find the mark with consumers, Nike’s stock touching an all-time high on Thursday.

Trump, for one, thought the ad did not work.

“What was Nike thinking?” he tweeted.

Patrick Rishe, a professor who interviewed 50 people in sports marketing and media for his recent book They Shoot … They Score, said the company had obviously done its research and was thinking it was going to sell shoes.

“The messages that these companies are getting from their market research with millennials and Gen Z consumers is these people want their brands to be authentic, they want them to be culturally relevant, they have to be digital,” Rishe said.

America’s social and economic divisions predate Trump. But as a candidate and now as president, he clearly comprehends what corporations have also realized: taking definitive stands on divisive issues may alienate some people but it also inspires loyalty.

“The point of branding is to make a corporation into a human being,” said Serazio. “And that is fundamentally ridiculous. And yet that is the basis of our advertising, contemporary consumer culture.”

Cups of coffee can lead to business