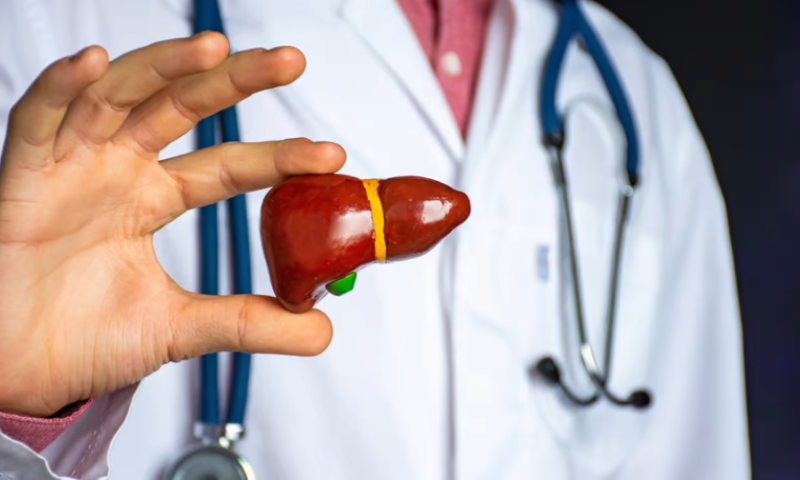 In a rare win for the difficult field of nonalcoholic steatohepatitis (NASH) drug development, Pfizer has been granted a fast-track ticket for two experimental therapies.

Ervogastat and clesacostat will now have a shot at a quicker ride through the development process and an expedited review from the FDA. Fast-track designation is handed out by the agency to therapies that could treat or prevent a serious condition with an unmet medical need.

Ervogastat, previously known as PF-06865571, is a diacylglycerol O-acyltransferase 2 inhibitor, or DGAT2i. The therapy sprang from Pfizer’s learnings from a failed NASH candidate that was axed back in 2018. But Pfizer’s scientists never lost interest in the DGAT2i mechanism, so ervogastat has been plugging away in the clinic since then.

Clesacostat, on the other hand, was previously shelved by Pfizer in October 2020, back when it was known as PF-05221304. But it appears the therapy has found new life in combination with ervogastat. The drug, which had already received a fast-track designation, is an acetyl-CoA carboxylase inhibitor for use in patients with liver scarring. But Pfizer was testing it alone, even though evidence suggested efficacy in combo trials.

It seems Pfizer has now found the right partner in ervogastat.

NASH has proven a difficult area for drug developers in recent years, as pharmas big and small have seen candidates fail. In November 2021, Bristol Myers Squibb reported a midstage failure for a NASH asset, which has now been shelved.

But Pfizer believes it has the data to support continued advancement of ervogastat and clesacostat through the clinic. The combo was shown in a phase 2a study to reduce liver fat with a good safety and tolerability profile, the New York Big Pharma said in a Thursday release.

A phase 2 trial of the combo is ongoing to evaluate its effect on the resolution of NASH or improvement in liver fibrosis. Pfizer said the study is expected to be completed in 2024, with results potentially supporting a move to phase 3.

NASH causes fat to build up in the liver, triggering inflammation and damage. An estimated 1.5% to 6.5% of adults in the U.S. have NASH. The only treatment is weight loss, as no drugs have been approved specifically for NASH, according to the National Institutes of Health.