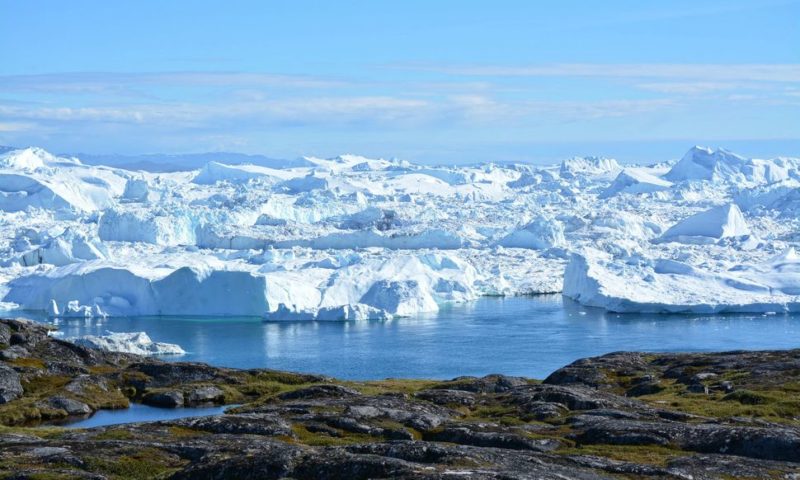 Researchers were surprised by the number of rain instances in the winter.

AN INCREASE IN RAINFALL in Greenland is causing its ice to melt at an accelerated pace, even in the winter.

A study, published Thursday in the journal The Cryosphere, found that ice melt caused by rain in Greenland doubled in the summers and tripled in the winters from 1988 to 2012 as temperatures increased.

Although the total precipitation that fell during the study period did not change, more of it fell as rain rather than snow. About one-third of melting and runoff was a result of rain and the melting periods caused by rain lasted longer. According to the study, the melting events increased from two days to three days in the summer and from two days to five days in the winter.

Additionally, while Greenland experienced about two occurrences of rain in the winter in the early years of the study, by 2012 it had risen to 12. Many instances of rainfall occurred in the winter when Greenland gets only about three to four hours of sun a day, which usually keeps temperatures below freezing.

Greenland’s massive ice sheet stores a huge amount of frozen water and if it all melted, sea levels could rise dramatically.

Marilena Oltmanns, lead author and ocean circulation and climate dynamics researcher at GEOMAR, said that the researchers “were surprised that there was rain in the winter,” BBC reported.

“It does make sense because we’re seeing flows of warm air coming up from the South, but it’s still surprising to see that associated with rainfall,” Oltmanns said.

Marco Tedesco, another author and researcher at Columbia University’s Lamont-Doherty Earth Observatory, said that even if the rain falls in the winter and refreezes it alters the ice, giving it a flatter, darker surface. This surface absorbs more heat from the sun and allows water to flow over it faster, speeding up the melting process once summer arrives.

“This opens a door to a world that is extremely important to explore,” Tedesco said, BBC reported. “The potential impact of changes taking place in the winter and spring on what happens in summer needs to be understood.”