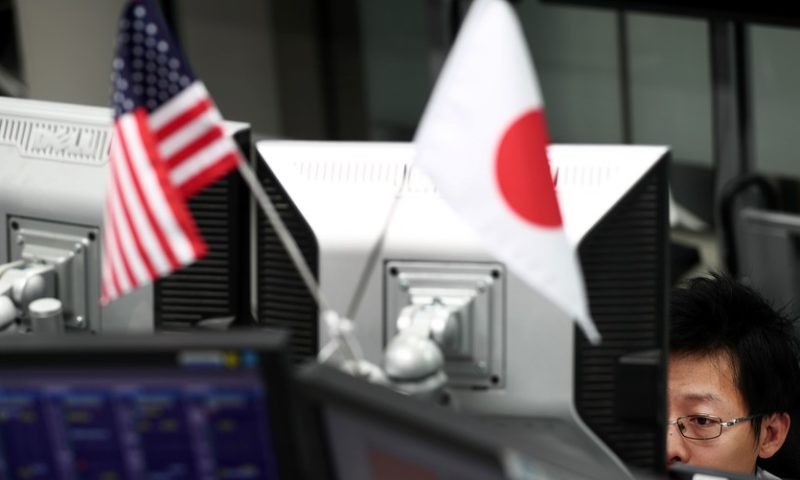 The yen is the second-most shorted currency, and it could be about to rally, says one currency strategist

The relentless recovery in U.S. equities from their December 2018 lows shows no sign of abating, with major indexes now in striking distance of all-time highs.

But one asset often correlated with equity markets, and global sentiment in general — the U.S. dollar/Japanese yen cross rate USDJPY, -0.10%  — has sat out the rally, and while traders continue to bet on it rise, any hiccup in the equity rally could spell trouble for those looking for the U.S. currency to continue rising versus its Japanese counterpart.

“USDJPY, which failed to take out the 112 figure in Friday’s trade remains vulnerable to further profit-taking this week,” wrote Boris Schlossberg managing director of FX Strategy at BK Asset Management in a research note.

“The pair has been in a slow and steady rise for the past week and a half buoyed by risk on flows, but has failed to get any support from U.S. data or U.S. yields during that time, so now any drift lower in equities could quickly send the pair tumbling towards 111 [yen] and perhaps even the key 110 support if US equity markets begin to wobble,” he said.

Still, Street consensus favors a continues rally in the currency pair. According to RBC Capital Markets, Commodity Futures Trading Commission data showed speculative traders increased their bets against the yen for the week ending April 2, to net 62,700 contracts, making it the second-most shorted currency behind the euro EURUSD, +0.0178%

Outsize speculative positions — long or short — often serve as a contrarian indicator for some investors because a move against the pack can lead to traders covering their positions, accelerating the move.

“Our negative-JPY view is driven mainly by the expected behavior of investors in Japan in response to the rate hikes the Fed has already delivered and the evidence we have around the turn of the fiscal year suggests we are right to stick with it,” Adam Cole, chief currency strategist at RBC noted, comparing the attractiveness of U.S. bond yields to Japanese yields.

Although the Federal Reserve has adopted a more accommodative stance of late, yield seekers still favor investing in U.S.-denominated assets. Since the beginning of 2018 the Fed has lifted interest rates by 100 basis points, while yields on the 10-year Japanese government bond TMBMKJP-10Y, -5.29%  have slipped into negative territory as the Bank of Japan grapples with benign inflation and waning growth.

Strategists at RBC Capital Markets have a year-end dollar/yen target of ¥120, a 7.7% rise from current levels.

But it’s the one-way positioning that has Schlossberg expecting dollar/yen to prove ripe for a selloff. “Everyone seems to be shrugging off the issue [the U.S.-Mexico border wall situation] but god forbid he [President Donald Trump] gets serious because it would be a shock for the economy that could see the cross tumble much lower,” Schlossberg said in an interview with MarketWatch.

“Then there’s Europe, if he [Trump] gets into a trade debate or some sort of tariff dispute, that becomes a nightmare scenario,” he said.

Yet, for the most part, U.S. equities have brushed aside rising geopolitical issues including the Brexit saga and the continued lack of a U.S.-China trade pact.

But, the longer the ¥112 resistance holds, the more vulnerable the market remains to a surprise move lower, said Schlossberg. “Markets have become complacent that none of this is going to happen, these are problematic assumptions the bulls are making.”