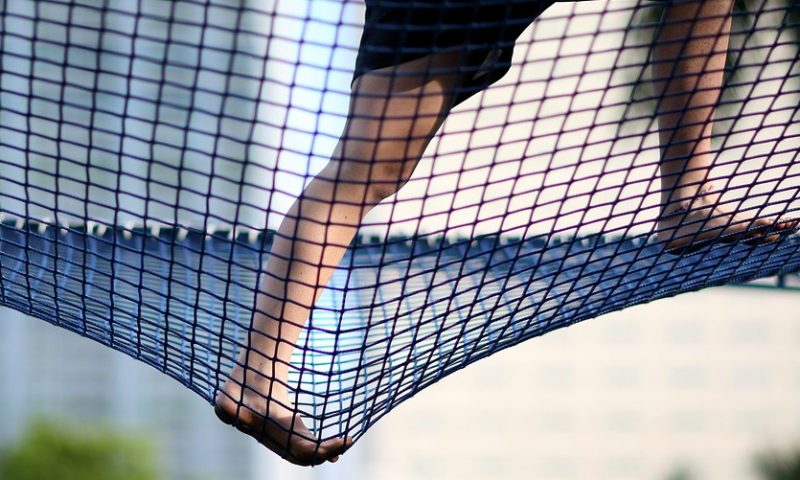 Stocks have spent May eating the bond market’s dust, but history indicates equities could be due to make up some lost ground by the end of the week, analysts said — but time is running short.

Here’s the setup, according to Vinay Viswanathan and Max Grinacoff, strategists at Macro Risk Advisors: Historically, since 1989, when bonds outperformed the stock market by more than 4%, equities rallied by 2.1%, on average, heading into month-end.

That means balanced funds, which keep a set division between equities and bonds, will need to adjust their positioning. In other words, they will have to buy equities and/or sell bonds going into Friday, the analysts said.

Moreover, they noted the spread between equity and bond returns is the fifth most negative of the last five years and that the average month-end rise for equities rises to 2.9% when measured over the last 10 occurrences (see table below).

Other analysts have also pointed to the market’s tendency to revert to the mean at month-end. Quantitative analysts Bram Kaplan and Marko Kolanovic of J.P. Morgan, in a note last week, recalled how the stock market’s large underperformance in December, which culminated in a Christmas Eve rout that marked the S&P 500’s closing low for the fourth-quarter selloff, led to a sharp equity rebound from Christmas to New Year’s Eve.

For May, they see a “similar but less acute setup as in December.”

In addition to a stock-market selloff that’s seen equity underperformance versus bonds in the highest decile over the past five years, market liquidity has also suffered as a result of a pickup in volatility, the J.P. Morgan analysts said. Also, like in December, the final week of May is holiday-shorted, making for a “somewhat condensed” rebalance trade.

As a result, Kaplan and Kolanovic said they expect rebalances by fixed-weight asset allocation portfolios to offer a tailwind to stocks this week. They point to the table below for the potential price impact based on their model.

They added that weak liquidity could make for an outsize impact. After all, December’s market reversion was around double the model’s prediction due to record-low liquidity, they said. The deterioration in liquidity this month is less severe, but could still boost the price impact of the rebalances relative to the forecasts, they said.

Time is running short, however. Stocks bounced between gains and losses before edging into negative territory to end solidly lower Tuesday as investors returned from the Memorial Day weekend. The S&P 500 SPX, -0.84%  and Dow Jones Industrial Average DJIA, -0.93%  were down around 0.3%, while U.S. Treasury yields fell as bonds continued to rally. The yield on the 10-year note was off nearly 6 basis points at 2.263%, after hitting its lowest level since October 2017. Yields and bond prices move in opposite directions.

Indeed, the continued fall in bond yields — signaling worries about the outlook for growth — was cited by some analysts as the catalyst for the stock market’s Tuesday swoon.

While historical patterns are worth noting, they’re not infallible guides to how the markets will perform. If they were, trading would be quite easy. In any case, the final May tally for stocks and bonds will be in on Friday. Tick-tock.