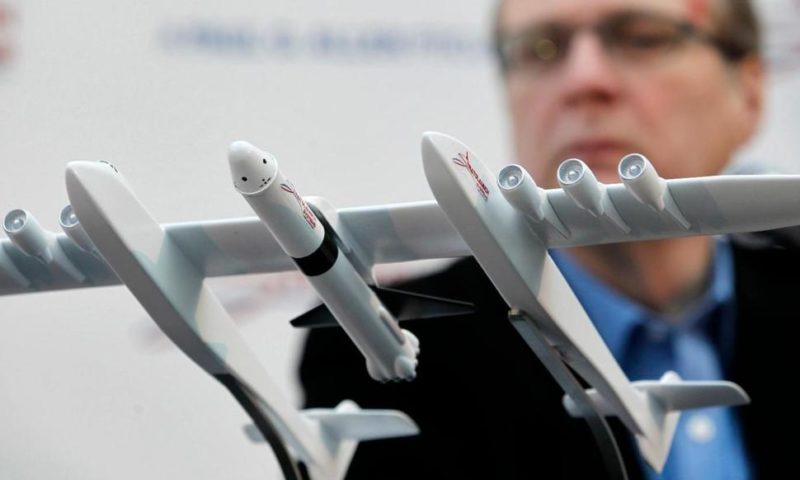 What’s next for Paul Allen’s technology, research and philanthropy commitments? It’s not clear.

SEATTLE — Prior to his death on Monday, billionaire Microsoft co-founder Paul Allen invested large sums in technology ventures, research projects and philanthropy, some of it eclectic and highly speculative. What happens to those commitments now?

Outside of bland assurances from his investment company, no one seems quite sure.

Allen died in Seattle from complications of non-Hodgkin’s lymphoma, according to his company Vulcan Inc. He was 65. He never married and had no children, and details of his estate aren’t known.

Forbes recently estimated Allen’s net worth at $20.3 billion. He used much of the money he made from Microsoft — whose Windows operating system is found on most of the world’s desktop computers — for a “second act” as a sports-team owner, prolific investor and philanthropist after leaving the tech giant in 1983, when he resigned after being diagnosed with Hodgkin’s disease.

Allen’s technology interests ran a wide gamut, from space travel and new energy sources to more conventional ventures such as Uber, Spotify and smaller companies focused on financial technology and artificial intelligence. Allen previously invested more than $20 million in SpaceShipOne, the first privately financed and manned rocket to reach the edge of space (though not Earth orbit). It accomplished that feat in 2004.

One of Allen’s more esoteric ventures is Stratolaunch, which is building an enormous twin-fuselage jet aircraft designed to launch satellites from high altitudes. The vehicle has yet to make its first flight, although the company hosted Vice President Mike Pence at its Mojave, California, hangar during a 2017 visit.

But Stratolaunch isn’t commenting on its post-Allen future. A representative for the company declined comment, saying “now is the time to focus on Paul’s life and allow his family and friends to grieve.”

Vulcan likewise declined comment beyond this reassurance offered in a statement: “Paul thoughtfully addressed how the many institutions he founded and supported would continue after he was no longer able to lead them.” Company representatives declined to discuss specifics given his recent passing but said there are no imminent changes planned for the number of institutions and programs that Allen led and funded.

In the world of big-ticket philanthropy, meanwhile, it’s rare for a foundation to have no obvious next-generation heirs, said Amir Pasic, dean of the Lilly Family School of Philanthropy at Indiana University.

“Clearly, there wasn’t a preprogrammed plan to institute on day one after his passing,” Pasic said.

Around town, his legacy is etched on a portfolio of research institutes, museums, school buildings, endowments and programs. Allen over his lifetime had given more than $2 billion to efforts aimed at improving education, science, technology, conservation and communities. He tackled climate change, advanced brain research and supported his native Seattle through funding for homelessness services and cultural institutions.

Allen was a strong backer of Bill Gates and Warren Buffett’s “Giving Pledge” to donate the majority of their wealth to charity, said Jon Lazarus, a friend of Allen’s for more than three decades who collaborated with him on a number of technology projects.

Allen’s “tactical” investments in brain science and artificial intelligence research, where he provided guidance as well as money, were particularly notable, Lazarus said. Allen specified that the results of the brain research, for example, should remain publicly available.

Allen’s sister, Jody Allen, co-founded their 30-year-old Paul G. Allen Family Foundation. She’s listed as its director and president on the private nonprofit foundation’s latest IRS tax filing from the 2016 fiscal year, which indicates it held net assets worth $756 million, much of it from investments.

The next step is for the board to vote on a new chairman and any changes to the endowment or structure are likely to appear in the next month or so, which could be very significant in terms of direction and approach, said Jacob Harold, president of Guidestar, an organization that evaluates nonprofits.

“Paul Allen had some very creative philanthropy that’s somewhat nontraditional,” Harold said. “His personal stamp was more in his philanthropy than is true for many wealthy individuals.”

In comparison to other name-brand philanthropists, it’s unclear if Allen intended for his wealth to be vigorously spent down in order to accelerate the programs he believed in — like his Microsoft counterpart Bill Gates has pledged to do. The alternative would be for his money to perpetuate through investments so that his foundation could live on indefinitely, as steel tycoon Andrew Carnegie ordered more than a century ago.

China’s Economic Growth Slows Amid Trade Battle With US