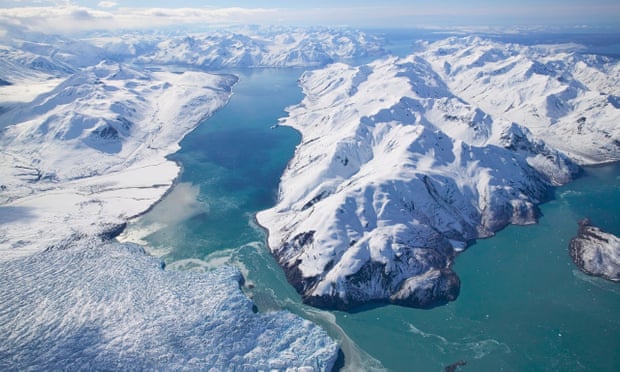 Glaciers in the Yukon territory are retreating even faster than expected in a warming climate, scientists warn

Scientists in Canada have warned that massive glaciers in the Yukon territory are shrinking even faster than would be expected from a warming climate – and bringing dramatic changes to the region.

After a string of recent reports chronicling the demise of the ice fields, researchers hope that greater awareness will help the public better understand the rapid pace of climate change.

The rate of warming in the north is double that of the average global temperature increase, concluded the US National Oceanic and Atmospheric Administration in its annual Arctic Report Card, which called the warming “unprecedented”.

“The region is one of the hotspots for warming, which is something we’ve come to realize over the last 15 years,” said David Hik of Simon Fraser University. “The magnitude of the changes is dramatic.”

In their recent State of the Mountains report published earlier in the summer, the Canadian Alpine Club found that the Saint Elias mountains – which span British Columbia, the Yukon and Alaska – are losing ice faster than the rest of the country.

Previous research found that between 1957 and 2007, the range lost 22% of its ice cover, enough to raise global seal levels by 1.1 millimetres.

“When I first went to the St Elias range, it felt like time travel – into the past,” said Hik, who co-edited the report. “What we’re seeing now feels like time travel into the future. Because as the massive glaciers are retreating, they’re causing a complete reorganization of the environment.”

The accelerating melt of the glacier has resulted in major shifts to water sources at lower elevations.

In 2016, the meltwaters of the glacier shifted dramatically away from the Slims river, cutting off critical water supplies to Kluane Lake – a Unesco world heritage site. Since the diversion, water levels at the lake have dropped more than 6.6ft – stranding thousands of fish from their natural spawning rivers.

Dust storms have begun to flare up along sections of the well-travelled Alaska Highway – at times halting traffic, the result of a dry river bed covered in glacial silt. The events at Kluane Lake are a precursor of what can be expected elsewhere, said Hik.

The dramatic changes to the landscape come amid predictions that the Arctic region is slated to experience far quicker – and potentially devastating –warming in the coming years.

“We’re seeing a 20% difference in area coverage of the glaciers in Kluane national park and reserve and the rest of the Unesco world heritage site [over a 60-year period],” Diane Wilson, a field unit superintendent at Parks Canada, told the CBC. “We’ve never seen that. It’s outside the scope of normal.”

In the St Elias range, researchers have found warming intensifies at higher altitudes – a phenomenon they are not quite able to explain.

“These types of events aren’t isolated to glacial events in the St Elias,” said Zac Robinson, the report’s co-author and professor at the University of Alberta. “We’re slated to lose 80% of the ice cover in the Rocky Mountains over the next 50 years.”

Earlier this year, Canada’s auditor general found that none of the three northern territories were adequately prepared for the impacts of climate change.

But Robinson and Hik cautioned against an overly pessimistic view of the rapidly changing ecosystem.

“Never before in human history have mountains been revered as they are today. Mountains are landscapes people adore – and with awareness, real change can be affected,” said Robinson.

“When we have a an opportunity for early warning, we might as well take it,” said Hik.