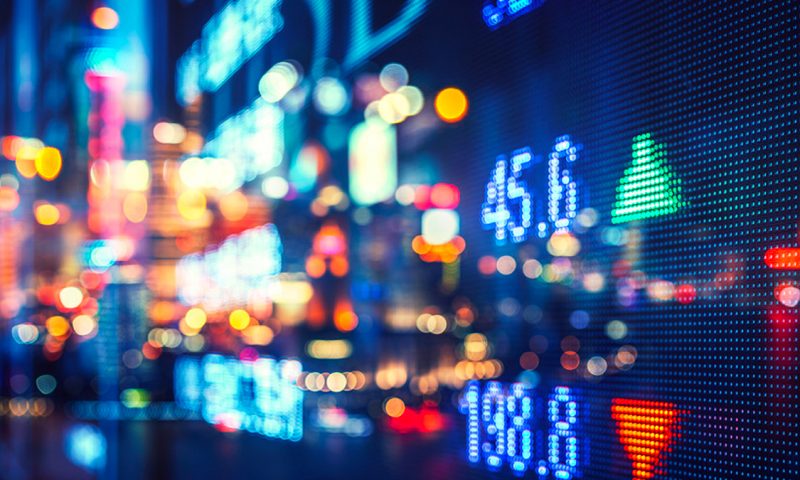 Stocks ended the week higher, with the month of May marking the start of the gradual reopening of the domestic and global economy. A steady but slow decline in new infections has allowed the partial lifting of restrictions, boosting investor confidence. The more cyclical sectors, like financials and industrials, outperformed last week, while European equities reacted positively to a proposed €750 billion recovery fund by the European Commission. The proposal requires approval by all EU members and includes €500 billion of grants to member countries. Analysts think investment leadership will continue to rotate, supporting the case for enhanced portfolio diversification and appropriate exposure to different asset classes, geographies

May marked the transition from a national April lockdown to a gradual reopening of the domestic and global economy. Markets have continued to rally with the reopening due to optimism around an economic recovery later this year as well as promising news of rapid progress and a shortened timeline for resolutions. Last week the S&P Index hit a milestone, topping 3000 for the first time since February. The S&P 500 closed the month up 32% from the March 23 low and down just 9.6% from the February high1.

The durability of the market rally is likely dependent on the path to recovery from the current economic downturn. U.S. GDP is forecast to decline 40% annualized in the second quarter, the largest quarterly decline since the Great Depression. While there is wide agreement about a recovery taking shape in the second half of the year, there is less clarity on how long it will take the economy to rebound back to pre-pandemic levels and resume its previous growth trajectory. The magnitude and duration of recessions can vary dramatically.

After slipping below US$1,700 mid-week gold has climbed almost 2 percent to US$1,727. The yellow metal’s late week gains have been attributed to a weak US dollar and renewed anxiety over relations between the American nation and China. President Trump released a statement Friday regarding China’s decision to approve a national security law in Hong Kong. The mid-week slump saw gold fall as low US$1,696, its first time below US$1,700 since early April. An insatiable demand and Q1 production declines may work as another price catalyst for the currency metal. In its monthly report for May, the World Gold Council noted that production was down 3 percent during the first quarter of the year. The gold price has already climbed 11.4 percent since January and has potential to move higher. Silver also made gains this session adding as much as 3.9 percent from Monday. Since the mid-March liquidation, the white metal has surged 49 percent. Its year-to-date low (11.94) saw the metal shed 33.7 percent from its January high of US$18.02. News that South Africa would move to begin reopening its economy supported platinum prices early in the week. The metal gained 2.5 percent from Monday to Tuesday, as the world’s largest platinum producing country announced plans to allow miners to resume operations. Continued demand declines from end use sectors weighed on prices keeping the metal locked below US$830. Sister metal palladium followed a similar trajectory on reports that South Africa’s mining sector had received the green light. The metal hit its highest value for May -US$1,954- this week but was still 29 percent lower than its year-to-date high US$2,754 (February 26).

The base metals faced volatility for the last week of May, dragging prices lower across the board. Copper started the session at US$5,341 before falling 1.1 percent lower to US$5,278.50. Prices are likely to continue facing headwinds, as the International Wrought Copper Council (IWCC) anticipates a significant oversupply. Zinc also trended lower throughout the week dropping 2.8 percent from Monday. Supply chain disruptions have impacted zinc’s ability to grow since the coronavirus was declared a pandemic. According to Fastmarkets analysts the current downturn reduced mine production by 742,000 tonnes. Despite nickel also reacting to market pressures for the final session in May, Fast Metals analysts are projecting positive price growth in the months ahead. Lead fell lower throughout the week but was still able to end the month 21 percent higher than its mid-month low (US$1,576.50). Analysts are less optimistic about lead’s recovery post-downturn noting the metal will likely remain range bound below US$1,700.

Oil prices have held onto the gains from the last few weeks, but the recent rally seems to have stalled as demand shows signs of not returning to normal any time soon. Meanwhile, U.S.-China tensions weighed heavily on financial and commodity markets this week. The Phase 1 trade deal between Washington and Beijing is at risk of falling apart. President Trump is set to make a major announcement regarding China, and amid escalating tension and China’s moves in Hong Kong, the actions will likely be punitive. China had previously pledged to make $52 billion in oil purchases over two years, a total that was always going to be hard to meet. A number of U.S. shale oil executives continue to receive hefty compensation despite consistently posting unimpressive returns. Part of the problem is the practice of basing compensation off of a company’s performance relative to its peers. Meanwhile, the oil majors continue to take on debt to pay dividends. Two conflicting reports surfaced this week, about what OPEC+ will do next; one claiming that Russia was considering extending the OPEC+ production cuts beyond June, while the other said the opposite – that Russia would push for loosening the cuts. Saudi Arabia appears ready to extend, but in Moscow some Russian oil companies may find an extension difficult.  A wave of refining capacity built over the past few years has squeezed margins, and the downturn in the oil market could push uncompetitive facilities offline permanently. Natural gas spot price movements were mixed this week. The Henry Hub spot price fell from $1.83 per million British thermal units (MMBtu) last week to $1.72/MMBtu this week. At the New York Mercantile Exchange (Nymex), the June 2020 contract expired Thursday at $1.722/MMBtu, down 5¢/MMBtu from last week. The July 2020 contract price decreased to $1.886/MMBtu, down 2¢/MMBtu from last week to this week. The price of the 12-month strip averaging July 2020 through June 2021 futures contracts declined 1¢/MMBtu to $2.451/MMBtu.

Investors in Chinese equity markets were in a cautious mood ahead of President Trump’s response to Beijing’s move to curtail Hong Kong’s autonomy by imposing national security laws on the territory. Flows were light with many investors waiting on the sidelines. The Shanghai Composite A-share index edged 1.4% higher over the week, while the CSI 300 large-cap index gained 1.1%. Investors worry that a punitive U.S. response to China could result in a tit-for-tat escalation from Beijing, further straining ties between the two countries and dampening prospects for a global economic recovery in 2020.

Profits at China’s major industrial firms improved in April, according to official data released on Wednesday. April’s annual decline narrowed to 4.3% after a much steeper 34.9% drop in March. On a year-to-date basis, the profit squeeze eased from -29.5% in March to -17.2% in April for private enterprises but was unchanged at -46.0% for state-owned enterprises. Government statistician Zhu Hong warned that April’s improvement was unlikely to last given a slow recovery and falling industrial prices.

Important economic data being released include the ISM manufacturing Purchasing Managers’ Index (PMI) on Monday, the services PMI on Wednesday, and the May jobs report on Friday.

The stock market now has another risk ‘bubbling up,’ strategist warns