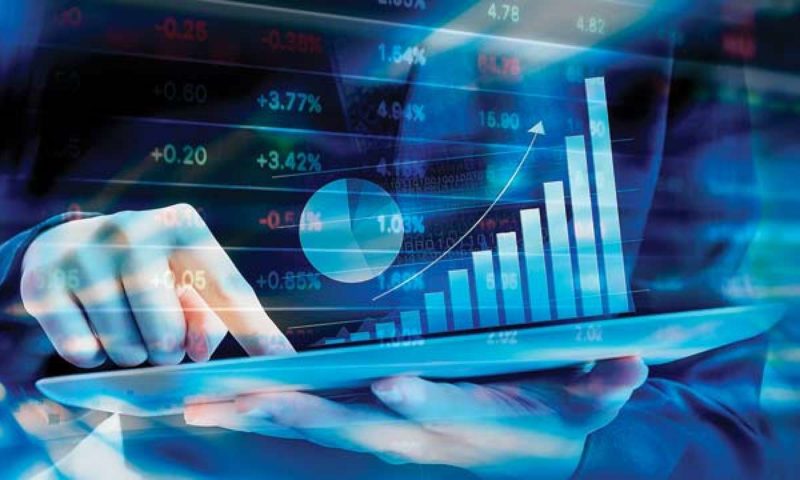 The United States is now open for business — albeit temporarily. And the stock market gave a collective shrug. And for good reason.

The record 36-day partial government shutdown is now on hold after President Donald Trump on Friday announced a temporary deal struck with Democratic congressional leaders to reopen the government until Feb. 15. On the one hand, that’s encouraging news, especially for the government workers who have been without pay for the past several weeks. But it’s obvious that lawmakers are still miles apart when it comes to the principal topic of border security.

With both parties playing hardball, I’m not willing to bet that a permanent agreement will be reached. The market’s reaction to the news was understandably muted. For now at least, one of the central concerns investors have had about the shutdown’s impact on the economy is now removed — as temporary as it may be. The smart thing is to look beyond the bickering in Washington and instead focus on what so far has been strong start to earnings season. With more companies due to report better-than-expected results, the buying should continue. Here are the names to keep an eye on.

What to watch: The tech giant is one of only four Dow30 stocks that is a negative territory on the year. With reports that the company is reducing the size of its workforce assigned to driverless car technology, Apple is seemingly reassessing its priorities as it adjusts to a waning demand for iPhones — its bread-and-butter product. On Tuesday investors are hoping for the best despite the fact that earlier this month the company warned that its own revenue projections for the crucial holiday shopping season might fall short of expectations.

What to watch: After a massive 30% correction to end the year, AMD shares have been on fire, skyrocketing some 23% just over the past thirty days. Rumors of Intel (INTC) possibly acquiring the company has fueled the gains, though highly unrealistic. But AMD’s popularity has been driven by several factors, namely the improving business conditions and its diverse range of products for growing markets such as client CPUs, server CPUs, and GPUs for data centers and gamers. And this is despite intense competition from Nvidia (NVDA) and the aforementioned Intel. Can AMD’s earnings and guidance Tuesday keep the momentum going?

What to watch: What can Facebook do to regain the enthusiasm investors once had for the social network giant? The stock — currently trading at $140 — is down some 30% from its 52-week high of $218 and well below its consensus price target of $190. For some context, Facebook is now priced at just 18 times fiscal 2019 earnings per share estimates of $7.45, which is about 16 points below where it was a year ago. This means the stock is cheap. And with advertisers still paying more for ads, Facebook offers an intriguing buying opportunity ahead of Wednesday’s results.

Wall Street expects Microsoft to earn $1.09 per share on revenue of $32.49 billion. This compares to the year-ago quarter when earning were 96 cents per share on $28.92 billion in revenue.

What to watch: Share of Microsoft have risen nearly 13% over the past three weeks, suggesting Wall Street is all in on Microsoft’s long-term growth prospects, thanks to the company’s strength in its Commercial Cloud business. In the first quarter, Microsoft’s Intelligent Cloud business revenue grew 24% year over year to $8.6 billion, while Azure revenue surged 76% year over year. These results helped the company captured roughly 15% of the cloud market — second only to Amazon. On Wednesday investors will look to see if these growth trends can continue.

What to watch: Is there such a thing as growth fatigue at Amazon? The e-commerce and cloud computing giant, which reached the $1 trillion mark last September, has seen its shares drop some 25% in the last three months of 2018. It’s been ten years since investors witnessed a worst quarterly performance. It hasn’t been Amazon’s fault, however. The market bloodbath — caused by rising rates, global economic slowdown and political uncertainty — took no prisoners. On Thursday the company will look to re-energize investors with its cloud dominance and results from a solid holiday shopping season.