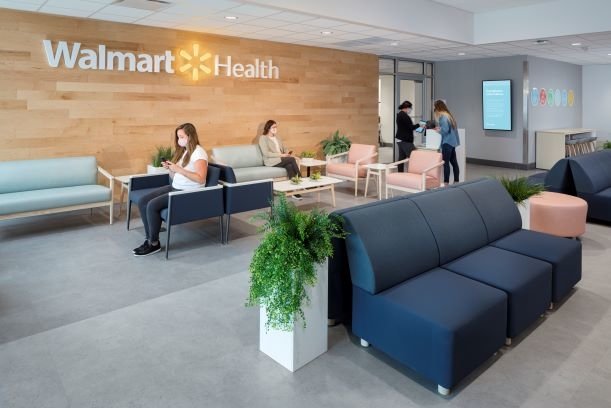 By the end of its first year, Walmart Health, the retail giant’s consumer healthcare branch, had opened six in-store clinics in Georgia and Arkansas, with 16 more under construction in Illinois and Florida. Halfway into year two, Walmart Health is ready to take its talents to cyberspace.

The healthcare provider will soon be able to reach customers in all 50 states via virtual consultations, thanks to Walmart Health’s recent acquisition of telehealth provider MeMD.

The addition of MeMD’s digital services will enhance Walmart’s brick-and-mortar offerings and make it easier for patients to access urgent, primary and behavioral healthcare services, according to Cheryl Pegus, the executive vice president of Walmart’s health and wellness segment.

“Today people expect omnichannel access to care, and adding telehealth to our Walmart Health care strategies allows us to provide in-person and digital care across our multiple assets and solutions,” Pegus said.

The acquisition, which is expected to be finalized in the next few months, fits into Walmart Health’s triple-pronged goal of deepening consumer engagement, improving health outcomes and providing early and equitable access to healthcare.

Financial terms of the deal weren’t disclosed, but in its financial report for its 2021 fiscal year—which ended January 29 and saw Walmart take nearly $560 billion in annual revenue—the company noted that it would accelerate investments in the healthcare space with a focus on bringing “preventative and affordable healthcare” to underserved areas.

The purchase of MeMD represents Walmart Health’s first foray into tackling those goals via telemedicine services; until now, its focus has been entirely on expanding its physical footprint.

The first Walmart Health clinic opened in Dallas, Georgia, in September 2019, and was quickly followed by four more in Georgia and one in Arkansas within the next year. Since that one-year anniversary, Walmart Health has opened another seven locations in Georgia and two in the Chicago area.

Next up are plans to open seven clinics in Jacksonville, Florida, throughout 2021. Elsewhere in Florida, Walmart Health has said it is already in talks to expand into underserved communities in Orlando and Tampa.

Each clinic is attached to an existing Walmart store, but with its own dedicated entrance. They offer primary and urgent care, as well as lab testing, diagnostics, counseling and dental, optical and hearing services, all of which come at flat fees, regardless of insurance status. Prices range from $40 for a primary care visit to $50 for a dental checkup, and $1 per minute of counseling.