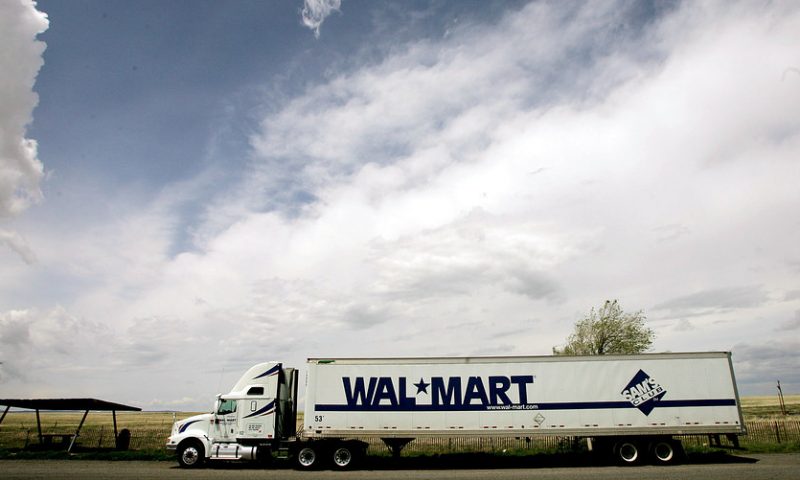 Walmart has already announced its version of free next-day shipping

Walmart Inc. is scheduled to report its fiscal first-quarter 2020 earnings on Thursday before the opening bell and the retail giant is already answering Amazon.com Inc.’s latest move to one-day shipping with its own version of next-day shipping.

Announced overnight Tuesday, Walmart WMT, +0.46%   said it will start offering next-day shipping on orders of $35 or more in Phoenix and Las Vegas before expanding to Southern California and beyond.

Amazon AMZN, +0.95%   announced that it was cutting Prime member shipping time in half, from two days to one, during its quarterly earnings report. Amazon expects to spend $800 million in the second quarter to do so.

Prior to Walmart’s announcement, UBS analysts said that trying to match that one-day shipping promise could cost Walmart $215 million in incremental investment, based on its online sales, which are about 7% of Amazon’s gross merchandise volume. UBS thinks the costs to Walmart and competitor Target Corp. TGT, -0.88%  , which analysts calculate at about $70 million to $75 million, would be “pretty manageable.”

UBS estimates that 40% to 60% of Walmart’s e-commerce volume is online grocery pickup. And 95% of the U.S. population is within 30 minutes of a Walmart store.

“While this would be a source of incremental cost to Walmart, we believe it has enough infrastructure in place to keep the impact quite manageable,” UBS wrote in a separate note.

UBS is forecasting 35% e-commerce growth at Walmart with the expansion of online grocery serving as a tailwind.

“The company has the financial resources and is investing heavily to reorient its extensive store and distribution network,” Quo Vadis said in a Monday note. “We continue to believe that Walmart’s move to transform and reorient its store base with these digital enhancements positions it to win over the long-term.”

Walmart has an average overweight stock rating and average target price of $109.32, according to 31 analysts polled by FactSet.

Here’s what to expect:

Estimize, which crowdsources estimates from analysts, fund managers and academics, expects EPS of $1.06.

Walmart has missed sales expectations two out of the last eight quarters.

“[A]s we head into the first quarter, we believe that the increasing materiality of digital revenues combined with compounding growth at 30%-plus sets up potential upside to Street estimates for U.S. same-store sales,” John Zolidis, Quo Vadis president, wrote in a note.

JPMorgan thinks that the Walmart’s digital investments are “paying off, but likely at the expense of medium-term profits.”

Analysts there rate Walmart shares neutral with a $108 price target.

“[W]hile we appreciate the long-term potential for Walmart to disrupt Amazon, the stock largely reflects the company’s momentum,” JPMorgan wrote.

-Walmart, the top U.S. grocery retailer, was among the biggest gainers in food in 2018, according to data from BMO Capital Markets. Analysts say Walmart and Costco Wholesale Corp. COST, +0.53%   made “disproportionate” gains.

“We estimate Walmart typically adds between $4 billion and $6 billion per year, but 2018 was exceptionally strong at $7 billion,” analysts wrote in a late April note. “Costco also had a large uptick in dollar growth in 2018, with $6 billion versus an average of $2 billion to $3 billion in recent years.”

-Walmart announced earlier this month that it is raising the minimum age to buy tobacco and e-cigarettes to 21. Jack O’Leary, senior analyst with retail data company Edge by Ascential says this is one way the retail giant is connecting with key demographics.

“With aging baby boomers, healthcare is a massive and growing area of consumer spending in the U.S.,” O’Leary said. “Walmart has thousands of in-store pharmacies and an expanding network of Care Clinics and wants to be well positioned to take share of retail transactions associated with growth in healthcare spending.”

Younger shoppers will also support what O’Leary calls a “semi-progressive stance” on the issue.

Moreover, Walmart is getting ahead of regulations, which are moving in this direction. “Walmart pre-empts these dictated moves and the potential transition challenges that come with them by making this decision now,” O’Leary said.