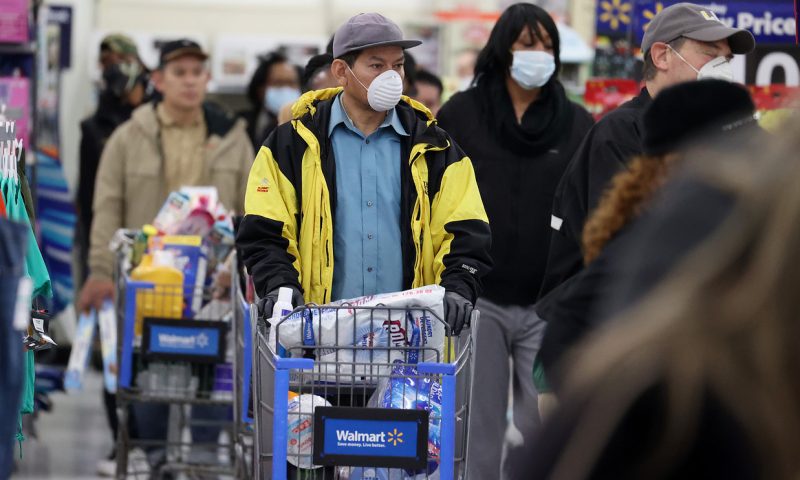 The two retailers join others, including Starbucks Corp. SBUX, +3.96% , which has recently put a face mask policy in place.

The company has more than 5,000 stores and clubs in the U.S.

Walmart has also created a new role, health ambassador, who will receive special training to alert customers of the rule and find ways to resolve issues that arise from those who refuse to wear a mask or cannot wear one.

Sam’s Club will provide a mask to members who don’t have one at no charge.

All stores will also have a single entrance to ensure consistency.

“We know some people have differing opinions on this topic. We also recognize the role we can play to help protect the health and well-being of the communities we serve by following the evolving guidance of health officials like the CDC,” the blog post said.

“Any customer who has a concern about wearing a mask will be able to shop Best Buy via our website and app and choose home delivery or contactless curbside pickup, which remains in place at all our stores,” the company said on its site.

“We are taking this extra step now because we recognize additional precautions are needed to protect our country,” the company said in a statement.

Grocery pickup will remain free for those who would prefer to use that service rather than wear a mask.

The National Retail Federation is now encouraging all retailers to adopt a face covering policy in order to protect workers as well as customers.

“We hope today’s announcement by Walmart – the world’s largest retailer – that it will be enforcing a policy requiring customers to wear a mask to shop in their stores is a tipping point in this public health debate,” the group said in a statement.

“Workers serving customers should not have to make a critical decision as to whether they should risk exposure to infection or lose their jobs because a minority of people refuse to wear masks in order to help stop the spread of the deadly coronavirus.”

The NRF also included a reminder that retailers are “private businesses” that can adopt legal policies to protect their associates and shoppers.

“Shopping in a store is a privilege, not a right,” the group said.

“With governors in the majority of states refusing to make masks mandatory, millions of Americans are needlessly being put in danger every day,” he said in a statement.

“It’s time for elected leaders to pull their heads out of the sand and make masks mandatory in all 50 states to protect these brave workers and the millions of families they serve.”

Moreover, the union is calling for enforcement by trained professionals, rather than retail workers who are “already stretched thin during this pandemic.”

Commenters on Twitter are already preparing for all the videos of the backlash from angry Walmart shoppers who want to shop without a mask.

Gold edges up on dollar weakness, but strength in the stock market on vaccine hopes caps gain