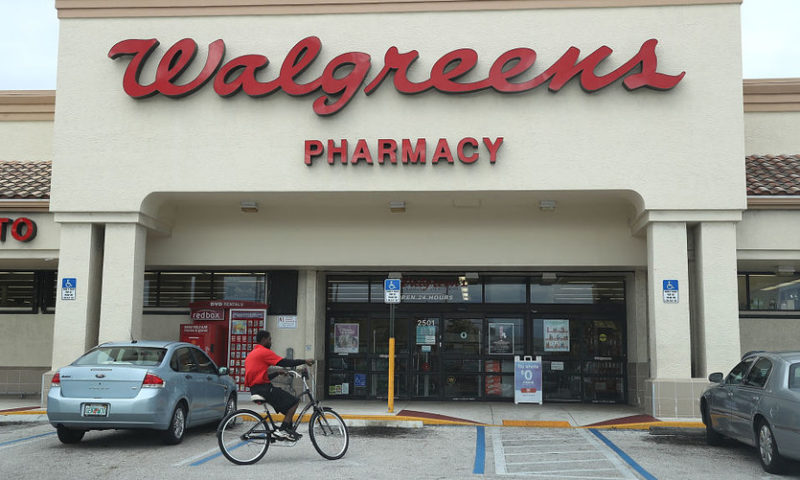 “Challenges in its retail pharmacy business have intensified, forcing the company to search for other avenues of growth,” analysts led by Robert Jones wrote in a note. Goldman lowered its 12-month price target on the stock to $68 from $73, or about 14% below Friday’s trading level.

Walgreens stock WBA, -4.35%  has gained 36% since it reported fiscal third-quarter earnings in June, compared with a 3% decline for the S&P 500, despite two quarters of disappointing fundamental performance. At the same time, competition from juggernaut Amazon.com Inc. AMZN, -4.01%  is expected to emerge in the pharmacy space, said the note.

While Walgreens is looking into several partnerships or joint ventures to spur growth, these initiatives, even if they can be grown in scale, are unlikely to offset that core weakness, it said.

The most ambitious of these ventures, the company’s plan to open at least 600 LabCorp LH, -1.65%  patient service centers at Walgreens stores across the U.S. in the next four years, is likely to generate just $7 million to $34 million of incremental EBIT, said Goldman. That’s based on estimates of rental income as well as front end purchases. Even if that project were built out, it is unlikely to achieve material upside in the near term, said the note.

“Overall, we think the company’s intentions to transform its footprint are indicative of the fundamental challenges faced by the drug retailers today, and the breadth of pilots are reflective of the company’s uncertainty regarding the value each individual effort may bring,” said the note.

Even if these efforts succeed in driving people into the stores, “we are unsure that any increased foot traffic would meaningfully drive up front end growth given WBA’s front-end same-store sales have declined the past 3 fiscal years despite above market Rx utilization growth.”

At the same time, the company’s leverage levels are “somewhat elevated” relative to peers, yet the stock is trading at a premium to its large-cap supply chain peers and to CVS directly. CVS CVS, -2.03%  s in the midst of a takeover of health insurer Aetna Inc.

“Ultimately, both CVS and WBA are faced with solving for declining productivity in their physical retail footprint, which we think will be challenging for both companies, and in the case of WBA, could be even more difficult without direct control over the patient to direct site-of-care,” said the note.

Goldman would become more positive on the stock if Walgreens can demonstrate that the piloted ventures are working and boosting front-end sales, said the note. That would generate higher gross profit and help the analysts get behind the Walgreens story.

“Broadly, if the company demonstrates an ability to grow EBITDA faster than Supply Chain peers in a fashion which appears more sustainable (i.e. not through one-off cost cuts), we would be more inclined to believe that the company deserves the multiple premium it currently has to the rest of the group,” said Jones.

Robinhood’s new checking accounts may not be insured after all