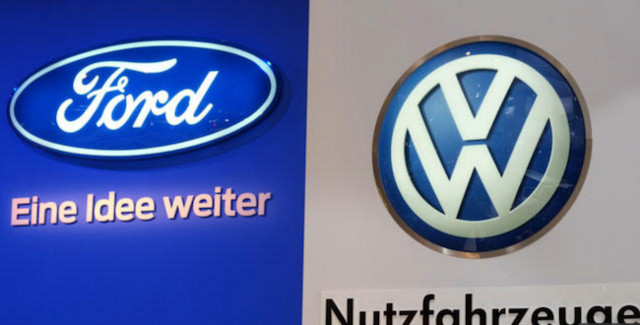 Volkswagen and Ford say they’re forming a global alliance in which they will together develop commercial vans and medium-sized pickups while exploring broader co-operation on battery-powered and autonomous vehicles.

Volkswagen CEO Herbert Diess and Ford CEO Jim Hackett said in a statement Tuesday that the first jointly developed vehicles could hit the market as early as 2022 and that the linkup would offer efficiencies that would mean stronger profits starting 2023.

Ford would make the medium-sized pickups, one of its business strengths, as well as larger vans. Volkswagen would develop and build a city van.

The two companies also signed a memorandum of understanding to look into co-operation on electric and autonomous cars and were willing to consider additional projects, but without taking stakes in each other.