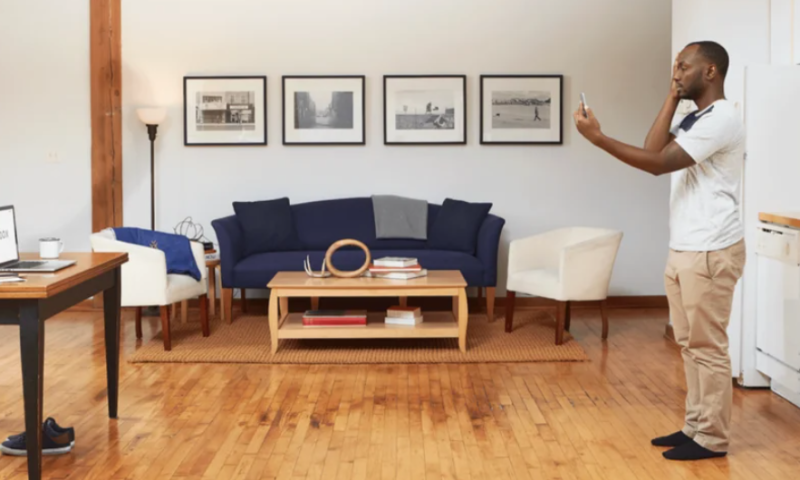 In a somewhat paradoxical twist, a few extra minutes of screen time can now actually help, rather than hurt, your eye health.

That eye-catching claim has become a reality courtesy of the FDA, which recently gave the go-ahead to an eye test that requires only a smartphone and a computer and can be performed from the comfort of a user’s own home, according to an announcement this week from Visibly, the maker of the online test.

After helping a user set up the test—which includes adjusting the computer’s volume and brightness and any surrounding lighting, as well as finding a place to stand approximately 10 feet away from the screen—the computer and smartphone work in tandem to guide them through the exam. As the computer displays various letters and symbols, users enter their responses on the mobile app, adding and removing corrective lenses and covering each eye as directed.

The test—called the Visibly Digital Acuity Product, or VDAP—takes around six minutes from start to finish, after which time the results are automatically sent to a physician in the user’s region for review. The doctor returns a prescription within 24 hours, though Visibly notes on its website that most arrive within just two hours.

Users can access the test directly through Visibly’s website, and the company also partners with eyecare providers, telemedicine sites, insurance companies and more to embed the exam into their own offerings.

VDAP has been cleared only as a visual acuity assessment—offering a refraction eye exam that’s used to help renew contact lens and glasses prescriptions—for people between the ages of 22 and 40. It shouldn’t be used to screen for or diagnose any other eye conditions or diseases, the FDA said in a press release this week, nor as a replacement for more comprehensive eye health exams.

Visibly has been on a years-long journey. It originally launched the test—sans FDA authorization—back in 2015, when the Chicago-based startup was still operating under the name Opternative.

After the American Optometric Association and others raised concerns about the validity of the unauthorized test, the FDA cracked down on the company. Within a few months of a 2016 complaint from the AOA, the agency met with Opternative to ask it to apply for official regulatory clearance as a Class II medical device. When that didn’t happen, it sent Opternative a warning letter in 2017 asking it to stop distributing the vision test app immediately.

The company ultimately complied, launching a recall of the test in May 2019 that cited a “lack of 510(k) clearance” as its cause.

According to the company’s chief operating officer, Paul Foley, the study “demonstrated that the safety and effectiveness of VDAP are substantially equivalent to those of its predicate device.”