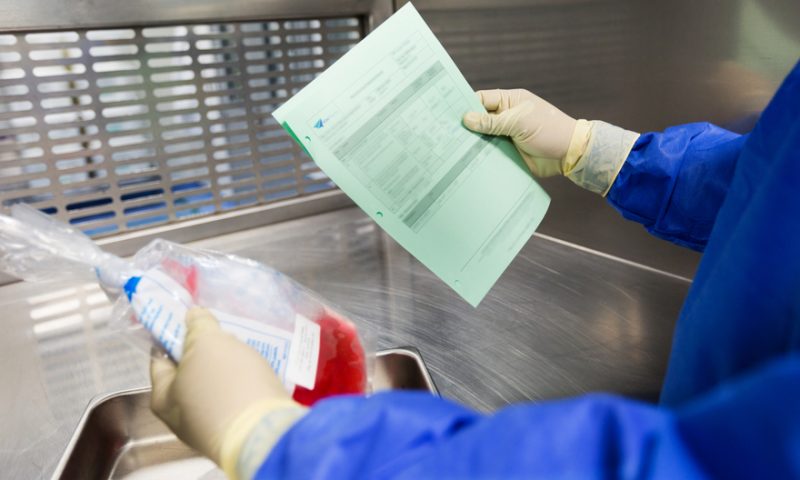 Vineti raised $35 million in series C funding that will improve its cloud-based logistics software for cell and gene therapies as well as allow it to expand globally and move into an “adjacent market” of treatments.

Vineti’s cloud-based software is designed to automate and orchestrate the many steps involved in the production and delivery of cell and gene therapies. The company raised $13 million in its series A round to build its platform and bring it to customers. It followed up with a $33.5 million series B to refine and expand its software. Now, with its third raise, the company plans to expand its footprint in Europe and the Asia-Pacific region, improve its current offerings and develop new software for other types of treatments.

“A big part of the use of funds is increasing our investment in our enterprise technology, its flexibility and its configurability,” Vineti CEO Amy DuRoss said.

“We also have our first adjacent market. We can’t say any more about it other than it exists, but what we are seeing is our customers are drawing in, seeing the power of the platform and seeing its application potential to other portfolios,” she said. “If you think about it, once a company gets used to some degree of transparency and control in one portfolio and realize they have comparatively antiquated systems managing another portfolio, there is an ‘aha!’ moment—if Vineti is lucky.”

The San Francisco-based company traces its roots to a conversation between Novartis and GE Healthcare at the J.P. Morgan Healthcare Conference in 2014, DuRoss told FierceBiotech. At the time, Novartis’ CAR-T therapy Kymriah was in phase 3 studies, but it was “essentially producing individual batches [of the treatment] entirely manually.” The Swiss pharma realized it needed a tool to tackle this issue as well as the various other challenges that accompany personalized therapies.

GE Ventures and Mayo Clinic unveiled Vineti, then known as Vitruvian Networks, in 2016 as a “smart plumbing” solution that connects all the players involved in getting a treatment like Kymriah to patients: hospitals, blood banks, specialized couriers and manufacturers. Since then, it has picked up partners such as Gilead/Kite Pharma, which adopted the chain-of-custody system for their CAR-T treatment, Yescarta, which was approved for non-Hodgkin lymphoma in 2017, and Autolus, which is applying the technology to its pipeline of clinical-stage T-cell therapies.

“We are proud to have played a foundational role as Vineti’s first biopharma partner as we prepared for the launch of our first CAR T cell therapy and, looking forward, we are equally pleased to support Vineti through this venture investment as it continues to develop enabling software and systems that aid in the commercialization of cell therapies with potential to benefit patients,” said Charles Calderaro, global head of technical operations at Kite, in a statement.