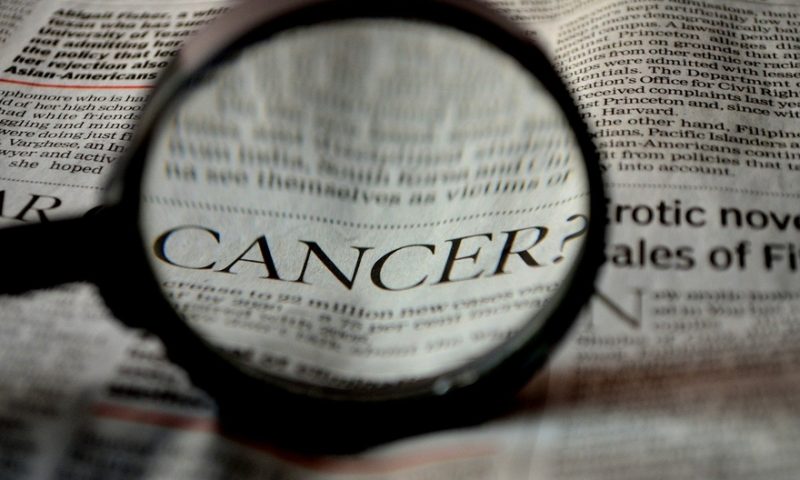 The protein produced by the gene MYC performs many important functions during development, but, if it’s reactivated later in life, it can drive deadly cancers.

Scientists at Vanderbilt University have developed a novel way to disrupt MYC by genetically modifying it so it can no longer interact with another protein and drive cancer. The method caused tumors to rapidly shrink in mouse models, the team reported in the journal eLife.

Oncology researchers have been pursuing MYC for decades, but, because it has an unstructured “noodlelike” shape, it has long been considered “undruggable,” said co-author William Tansey, Ph.D., professor of cell and developmental biology and biochemistry at Vanderbilt, in a statement. So Tansey and his team decided to try to disrupt MYC by targeting another protein that it needs to drive cancer.

That protein is host cell factor-1 (HCF1), which MYC touches before it produces its cancer-driving protein. The Vanderbilt team engineered mutations into Burkitt lymphoma cells with MYC, preventing them from interacting with HCF1.

The Vanderbilt researchers injected unmodified cells into mice, allowing tumors to form. Then they switched on the genetic modification in some of the animals. The tumors regressed in all of the mice with the engineered MYC variants, and all of the animals survived for the entire two-month duration of the experiment. In the mice with unmodified cells, by contrast, the tumors continued to grow.

The interplay between HCF1 and MYC is the second such interaction described by Tansey’s team. In 2015, Tansey and his colleagues discovered how WDR5 connects with MYC and turns on genes that cause uncontrollable cancer growth.

WDR5 has since generated interest in cancer drug development. In 2019, Celgene shelled out $40 million upfront to license a WDR5 inhibitor from the Ontario Institute for Cancer Research that showed promise in preclinical studies in leukemia and lymphoma.

That same year, researchers at the University of Pennsylvania discovered that blocking another protein, ATF4, prompted MYC-driven cancer cells to die in mouse models of lymphoma and colon cancer. And a team at Cold Spring Harbor Laboratory found that deleting the protein PHLPP2 in mouse models of prostate cancer reduced levels of MYC, slowing metastasis.

The Vanderbilt team is planning further research aimed at better understanding the interaction between HCF1 and MYC—and its effect on other protein functions in cancer—in the hopes of providing insights that will lead to the development of new drugs. “What’s interesting is that we don’t need to take away all of the MYC function,” Tansey said. “Like an Achilles heel, we only need to go after a very specific interaction.”

U.S. oil prices post highest finish in over a year