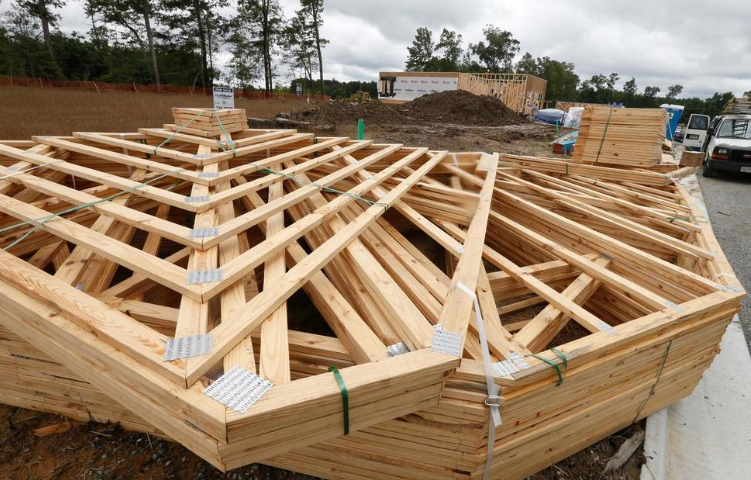 US new home sales slid 12.8% in July amid higher prices and limited inventory.

WASHINGTON — Sales of new U.S. homes fell a steep 12.8% in July, but the drop came after revisions to June sales showed the sales highest growth in 12 years.

The Commerce Department said Friday that new homes sold at a seasonally adjusted annual rate of 635,000 units. That’s down from a sharply revised upward rate of 728,000 in June. So far this year, sales have risen 4.1%, a sign that buyers are beginning to respond to lower mortgage rates.

The volatility in home sales reflects broader uncertainty in the housing market. Buyers have been eager to take advantage of wage growth and historically-low mortgage rates. The average rate on a 30-year loan declined to 3.55% this week, according to mortgage buyer Freddie Mac. The revisions to the June figure, coupled with a rebound in existing home sales in July according to data released by the National Association of Realtors, show sales reacting largely well to lower borrowing costs.

However, the rush has further constrained inventories at a time when new construction is limited. Robert Frick, a corporate economist at Navy Federal Credit Union, said that while the revised June figures were a positive sign for the market, low inventory remained the core problem dragging home sales growth.

“The average sales price for a new home was $388,000, and half of home buyers are looking for a sub $300,000 home. Until more, less expensive homes and condos come to market, millions of Americans will be shut out of homeownership,” Frick said.

A big 50% jump in sales in the Northeast was offset by declines in the West, Midwest and South this month.