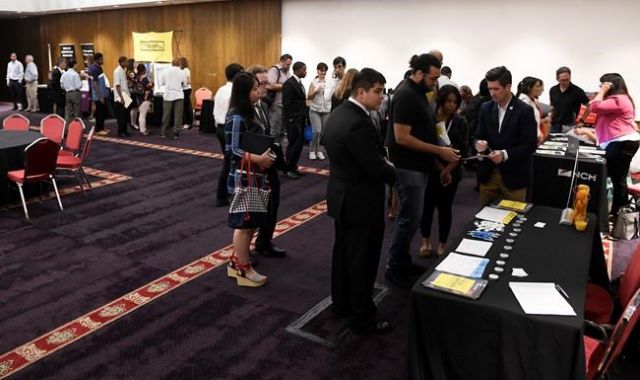 U.S. employers added just 155,000 jobs in November, a slowdown from recent months but enough to suggest that the economy is expanding at a solid pace despite sharp gyrations in the stock market.

The Labor Department said Friday that the unemployment rate remained 3.7%, nearly a five-decade low, for the third straight month. Average hourly pay rose 3.1% from a year ago, matching the previous month’s figure, which was the best since 2009.

The economy is expanding at a healthy pace, but rising trade tensions between the U.S. and China, ongoing interest rate increases by the Federal Reserve and weakening global growth have roiled financial markets. Analysts expect growth to slow but remain solid in 2019 as the impact of last year’s tax cuts fade.

Hiring in November was led by health care firms, which added 40,100 jobs, and professional services such as accounting and engineering, which gained 32,000. Manufacturing companies hired 27,000 new workers, the most in seven months.

November’s job gains are down from October’s robust 237,000, which was revised lower from last month’s estimate. Hiring has averaged 195,000 a month for the past six months, modestly below an average of 212,000 in the previous six.

Most recent data have pointed to solid economic growth. Americans increased their spending in October by the most in seven months, and their incomes grew by the most in nine months, according to a government report last week. Consumer confidence remains near 18-year highs, surveys show. And both manufacturing and services companies expanded at a healthy pace in November, according to a pair of business surveys.

The housing market, though, has stumbled this year as the Fed’s rate hikes have contributed to sharply higher mortgage rates. Sales of existing homes have fallen 5.4% from a year earlier, the biggest annual decline in more than four years.