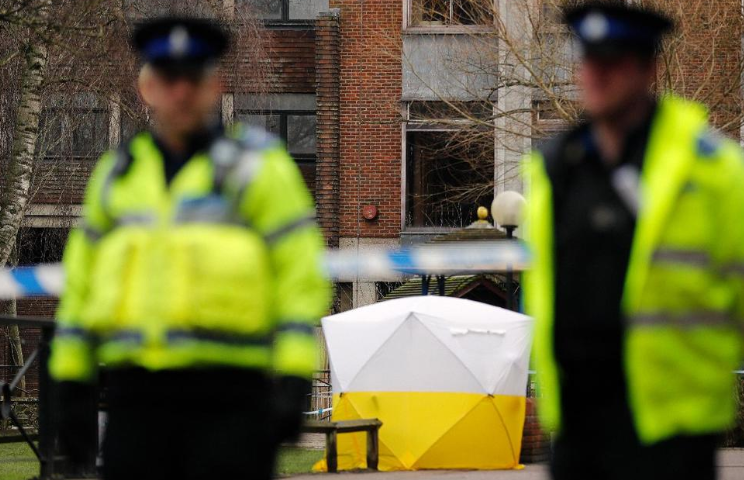 The Trump administration is exempting aviation safety and space exploration technology from new sanctions it has levied against Russia in connection with the poisoning of a former Russian spy and his daughter.

The Trump administration has decided to exempt aviation safety and space exploration technology from new sanctions it has levied against Russia in connection with the poisoning of a former Russian spy and his daughter in Britain.

The State Department said late Friday that products related to those sectors will not be automatically subjected to an export ban that was announced by President Donald Trump this week. The sanctions do include a presumption of denial for export licenses for items that could be used in the production of chemical and biological weapons.

They also mean the U.S. will oppose loans or other assistance to Russia by international financial institutions like the World Bank and International Monetary Fund and bar U.S. banks from participating in non-ruble Russian debt financing.

The export ban and financing restrictions are part of a package of sanctions imposed on Russia over the March 2018 poisoning of Sergei Skripal, a former Russian military intelligence officer turned double agent for Britain, and his visiting daughter, Yulia. The pair were found unconscious on a park bench in the British town of Salisbury after being exposed to the nerve agent Novichok. They spent weeks in critical condition but recovered.

Russian Finance Minister Anton Siluanov played down the latest sanctions, saying the Russian economy has already proved its resistance to “external constraints.” He also said that regarding public and corporate debt, “we are confident that the financial system we have created allows us to meet the needs of the budget and enterprises.”

The new U.S. sanctions will take effect in September and will remain in place for at least a year. They can only be lifted after that yearlong period if the administration certifies to Congress that Russia has provided reliable assurances that it is not making preparations to use chemical weapons, will not use chemical weapons in the future, has allowed international inspectors to verify those assurances, and has paid restitution to the victims of the Salisbury attack.

The Skripal poisoning ignited a diplomatic confrontation in which hundreds of envoys were expelled by both Russia and Western nations. In addition to the Skripals, a police officer was sickened, and a few months later a local man, who found a perfume bottle containing traces of the discarded nerve agent, became severely ill and his girlfriend, Dawn Sturgess, died from the accidental exposure.