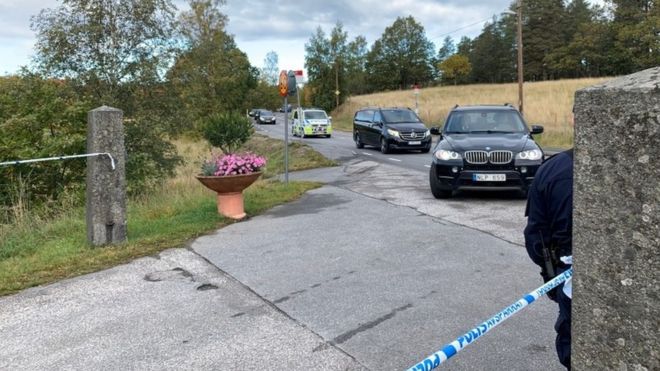 The US has denied that its day of nuclear talks with North Korea ended in failure, insisting that “good discussions” were had.

Earlier, North Korea said the meeting had broken down, because the US brought “nothing to the negotiation table”.

Officials from the two countries met in Sweden on Saturday, in the hope of breaking their stalemate.

This came just days after North Korea tested a new missile, in a significant advance on earlier tests.

The meeting was the first formal working-level discussion since US President Donald Trump and North Korean leader Kim Jong Un met briefly at the inter-Korean border zone in June.

Neither of the leaders was present in Sweden, instead initial discussions were being handled by North Korea’s Kim Myong Gil and US Special Representative for North Korea Stephen Biegun.

They met on an island northeast of Stockholm called Lidingo, where North Korea has its embassy.

On Saturday evening, North Korea’s top nuclear envoy Kim Myong Gil spoke to reporters outside the embassy, saying “the negotiations have not fulfilled our expectation and finally broke off”.

“The US raised expectations by offering suggestions like a flexible approach, new method and creative solutions, but they have disappointed us greatly,” he added.

He said “the US would not give up their old viewpoint and attitude”.

However, shortly afterwards, the US State Department released a contradictory statement from spokeswoman Morgan Ortagus.

“The early comments from the DPRK [North Korean] delegation do not reflect the content or the spirit of today’s 8.5-hour discussion,” it read. “The US brought creative ideas and had good discussions with its DPRK counterparts.”

Many observers saw the fresh talks as an opening move to another Trump-Kim summit.

The two have held two summits so far. The first one in Singapore in 2018 resulted in a vague denuclearisation agreement which led to few concrete results.

The second summit in Vietnam in February 2019 ended early without any agreement.

Just this Thursday, North Korea confirmed it test-fired a new type of a ballistic missile, a significant escalation from the short-range tests it has conducted since May.

The missile – able to carry a nuclear weapon – was the North’s 11th test this year. Fired from a platform at sea, it appears to be capable of being launched from a submarine, which means North Korea could potentially launch missiles far outside its territory.

Analysts said North Korean might have been seeking to build up pressure ahead of the talks.

Six elephants die trying to save each other at Thai waterfall