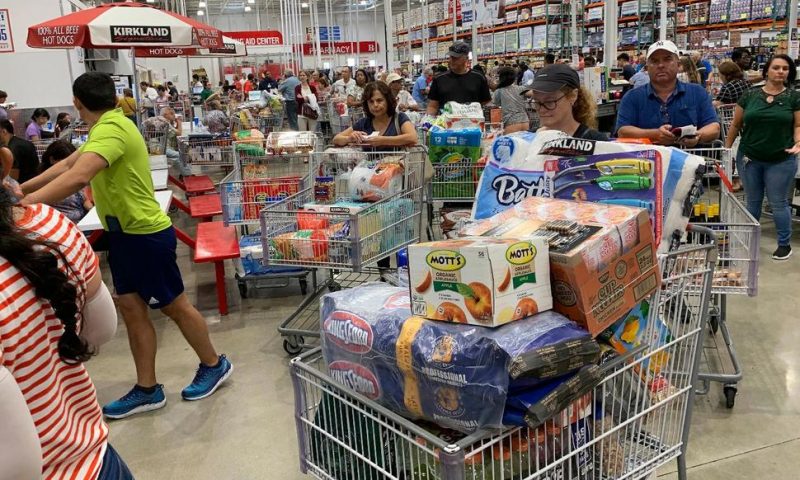 US consumer inflation up 0.1% in August but core prices up at faster pace.

WASHINGTON — Overall consumer prices slowed in August, reflecting a big drop in the cost of gasoline and other energy products. But core inflation, which excludes energy and food, was rising at its fastest pace in a year.

Economists said this increase in long-dormant inflation should not deter the Federal Reserve from cutting interest rates next week but could cause it to rethink any further rate cuts this year.

The Labor Department reported that its consumer price index edged up a slight 0.1% in August, down from a 0.3% rise in July.

However, core inflation was up 0.3% in August, the third straight increase at this level. It was enough to push core inflation over the past 12 months up by 2.4%, the largest 12-month increase since July 2018.

The Federal Reserve, which cited low inflation as one of the reasons it cut interest rates in July, may grow concerned if it sees further large gains in core inflation, analysts said.

The central bank will meet again next week. Investors are looking for another quarter-point rate cut as the Fed continues to battle various headwinds, from a slowing global economy to the fallout from President Donald Trump’s trade war.

Analysts said the jump in core inflation may raise doubts about further cuts beyond September.

“The Fed will still cut rates next week to provide added insurance in the event that the trade war escalates, but it might think twice about moving again in October if core inflation shows any further spark,” said Sal Guatiera, senior economist at BMO Capital Markets.

In a separate report, the government said that new applications for unemployment benefits, a proxy for layoffs, dropped by 15,000 last week to 204,000. It is the lowest level in nearly five months and further evidence that the labor market remains strong. The government reported last week that the unemployment rate stood at 3.7% in August, the third month it has been at this half-century low.

The inflation report showed that energy prices dropped 1.9% in August and are down 4.4% from a year ago. Gasoline costs fell 3.5% last month after rising by 2.5% in July.

Food costs were unchanged for the third straight month and up a small 1.7% from a year ago. Clothing costs, which had posted a big jump in June, edged up 0.2% in August. The cost of medical care, housing, recreation, used cars and airline tickets also rose. The cost of new vehicles and household furnishings fell.