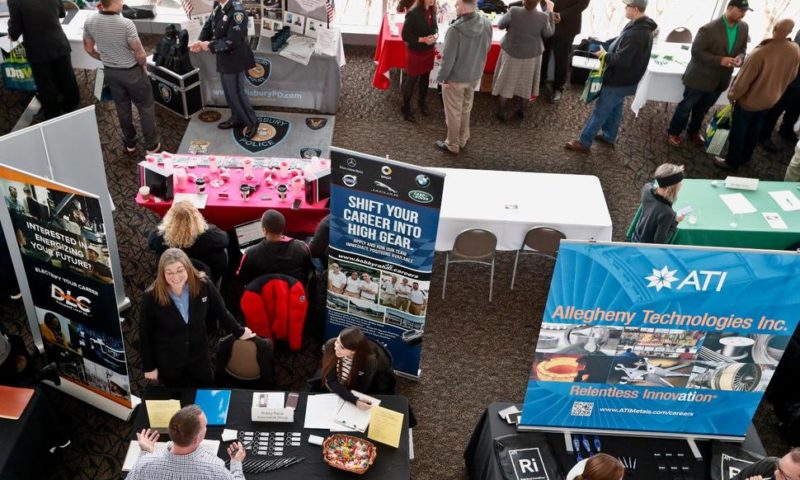 WASHINGTON — The number of available jobs in the U.S. fell sharply in February after nearly reaching a record level the previous month, a sign that businesses may pull back a bit on hiring.

The Labor Department said Tuesday that job openings dropped 7.1% to 7.1 million, the lowest level in nearly a year. The number of people quitting their jobs was nearly unchanged.

The figures suggest the job market is still solid but they also echo the mild slowdown in hiring that has occurred so far this year. Employers have added an average of 180,000 jobs a month in the first three months this year, down from nearly 225,000 last year. Still, that level of hiring is enough to lower the unemployment rate, currently 3.8%, over time.

The tally of open jobs far outnumbers the 6.2 million people who were officially unemployed in February, a stark sign of employer demand. For the nearly 20 years that the data has been kept, the situation has typically been the reverse: there were more people seeking work than jobs available. But last spring job openings pulled ahead.

The job market’s downshift appears to be following a similar path set by the economy. Growth reached 2.9% in 2018, the fastest in four years, but most economists expect growth to slow this year to between 2% and 2.5%.

Consumers have turned cautious and reined in their spending, a sign that the impact of last year’s tax cuts is fading. Home sales dropped sharply in January but have since rebounded.

The number of people quitting their jobs stayed at 3.48 million, a figure that is nearly 10% higher than a year earlier. That is a good sign, because most people quit their jobs to take a new, usually higher-paying one. The increase in the past year suggests that Americans are more confident about finding new work.

That, in turn, can help push wages higher, as companies raise pay to find and keep workers.