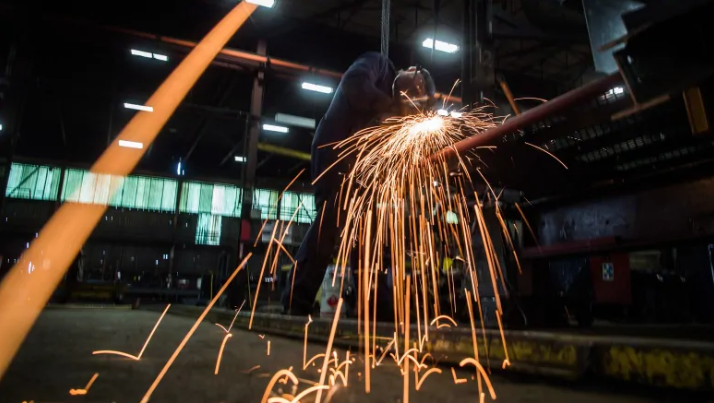 Canada added 94,100 net jobs for its largest monthly increase since March 2012 when there was a gain of 94,000 jobs, Statistics Canada said in its the labour force survey. The November surge was fuelled by other positives: 89,900 new full-time positions and 78,600 employee jobs in the private sector.

The jobless rate fell to 5.6 per cent last month from October’s reading of 5.8 per cent, which had been the previous low mark since comparable data first became available in 1976. The old statistical approach — prior to 1976 — registered an unemployment rate reading of 5.4 per cent in 1974.

The improvements, however, obscured a key piece of data: weakening wage growth.

Year-over-year average hourly wage growth for permanent employees continued its decline in November to 1.46 per cent — its lowest reading since July 2017.

“I would caution us against celebrating too quickly, however, because wage growth is decelerating sharply.”

Wage growth has slowed since May

Experts have been expecting wage growth to pick up its pace, thanks to the tightened labour market. But the opposite has been happening — wage growth has dropped every month since its May peak of 3.9 per cent and now sits well below inflation.

The Bank of Canada keeps a close watch on wages ahead of its interest-rate decisions.

The central bank has raised the rate five times since the summer of 2017 in response to Canada’s strong economic performance. Governor Stephen Poloz has signalled that more increases will be needed to keep inflation from rising too high.

On Wednesday, however, Poloz held the benchmark rate at 1.75 per cent. In explaining the decision, he highlighted other economic negatives such as weaker-than-expected business investment and the steep slide in oil prices.

The bank’s next rate announcement will be Jan. 9.

Donald expects the bank to remain focused on oil prices, the capacity of the energy sector to engage in business investment and the ability of Canadians — many of whom are carrying high debt loads — to manage higher interest rates.

“If we’re seeing wage growth that can’t even keep up with the pace of inflation, it makes it much more difficult for households to absorb the Bank of Canada’s desire to lift rates higher from this point forward.”

She believes Poloz will be more concerned about the further slowdown in wages in Friday’s report than optimistic about the overall job gain, particularly since it could affect the pace at which he will lift rates.

Economist Brendon Bernard, speaking on behalf of job board Indeed.com, shared an optimistic take on the wage growth issue.

“The labour force survey is just one of the wage growth measures tracked by the Bank of Canada, and can fluctuate for a number of reasons,” he said in a written statement.

“With the unemployment rate hitting its record low and ongoing reports of hiring difficulties, labour market conditions should be supportive of wage growth — we’ll see if it comes in 2019.”

Royce Mendes of CIBC Economics said the Bank of Canada will take notice of the “massive reading” in the November jobs report as it mulls next month’s rate decision.

“The large gain in jobs will keep a January rate hike on the table for now, but we’ll need to see similarly positive evidence from other indicators and no major reversal in the next jobs report,” Mendes wrote Friday in a research note to clients under the headline “Canadian job creation: Mind-bogglingly strong in November.”

Likewise, Derek Holt of Scotiabank Economics said in a written statement “there remains a solid case” for skipping a Bank of Canada rate hike in the first quarter of 2019 then proceeding with hikes thereafter. “Alberta’s production cuts and the impact they will have on the economy all lay ahead in quarter one when they become effective in January.”

Statistics Canada’s report Friday also said that, compared to 12 months earlier, employment was up 1.2 per cent following a net increase of 218,800 jobs. The addition of 227,400 full-time positions offset a small decrease in part-time work.

By region, employment rose in six provinces and was led by gains in Quebec and Alberta.

“The Canadian economy needed a bit of good news, and today’s job report qualifies,” said TD Bank Group senior economist Brian DePratto in a written statement. “Not only did we hit a record-low unemployment rate, we did it on the back of full-time employment and rising labour force participation.”

As Poloz said in a speech in Toronto on Thursday, the country will feel the effects of low crude prices.

But DePratto said the economy is in good shape to face those challenges.

“The economy may be walking into some near-term headwinds, but at least from a labour market perspective, there seems to be a strong footing.”