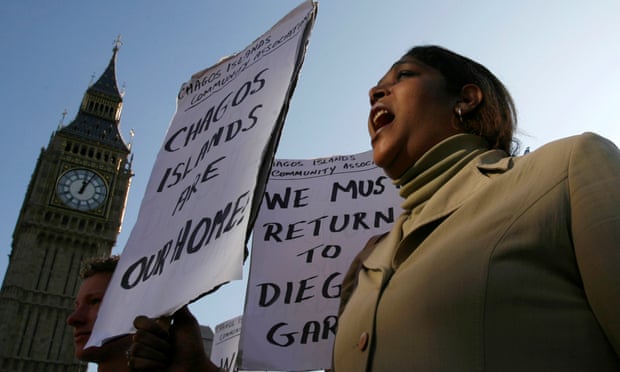 The UK has been ordered to hand back the Chagos Islands to Mauritius “as rapidly as possible” after the United Nations’ highest court ruled that continued British occupation of the remote Indian Ocean archipelago is illegal.

Although the majority decision by the international court of justice in The Hague is only advisory, the unambiguous clarity of the judges’ pronouncement is a humiliating blow to Britain’s prestige on the world stage.

The case was referred to the court, which hears legal submissions over international boundary disputes, after an overwhelming vote in 2017 in the UN assembly in the face of fierce opposition from a largely isolated UK.

Delivering judgment, the president of the ICJ, Abdulqawi Ahmed Yusuf, said the detachment of the Chagos archipelago in 1965 from Mauritius had not been based on a “free and genuine expression of the people concerned”.

“This continued administration constitutes a wrongful act,” he added. “The UK has an obligation to bring to an end its administration of the Chagos archipelago as rapidly as possible and that all member states must co-operate with the United Nations to complete the decolonization of Mauritius.”

In its submission to the ICJ last year, Mauritius argued it was coerced into giving up the Chagos Islands. That separation was in breach of UN resolution 1514, passed in 1960, which specifically banned the breakup of colonies before independence, lawyers for Mauritius said.

The UK government argued that the court it did not have jurisdiction to hear the case. The ruling will be referred back to the UN general assembly, where it will be debated.

The assembly vote in 2017, following the Brexit referendum, revealed the UK’s international influence to be on the wane, with many EU countries failing to support a fellow member state and even traditional allies such as Canada abstaining.

The UN general assembly is now expected to deal with the question of the resettlement of the Chagos Islanders who have been expelled.

The judgment represents a significant defeat for the UK on virtually every point it contested in the hearing last September.

By a majority of 13 to one, the court found that the decolonisation of Mauritius had not been lawfully completed and that it must be completed “as rapidly as possible”. The only judge dissenting from the main opinion was an American.

The court’s recommendations are expressed in remarkably forthright terms and represent a fresh challenge to the UK’s standing in the UN.

A Foreign Office spokesperson said: “This is an advisory opinion, not a judgment. Of course, we will look at the detail of it carefully. The defence facilities on the British Indian Ocean Territory help to protect people here in Britain and around the world from terrorist threats, organised crime and piracy.”

Welcoming the ruling, the Mauritian government said it was a “historic moment in efforts to bring colonialism to an end, and to promote human rights, self-determination and the international rule of law”.

Mauritius’s prime minister, Pravind Kumar Jugnauth, said: “This is a historic moment for Mauritius and all its people, including the Chagossians who were unconscionably removed from their homeland and prevented from returning for the last half century. Our territorial integrity will now be made complete, and when that occurs, the Chagossians and their descendants will finally be able to return home.”

Namira Negm, legal counsel of the African Union, which played an important role in the proceedings, said: “It is unthinkable that today, in the 21st century, there is a part of Africa that still remains subject to European colonial rule.

“The full decolonisation of Mauritius, and of Africa, is long overdue. The ICJ has made it clear that this must be accomplished today and not tomorrow. Only then the Africans can be free and the continent can aspire to live free of colonialism.”

Prof Philippe Sands QC, who represented Mauritius at The Hague, said: “The court has given a crystal-clear verdict, which upholds the rule of law. This is a historic and landmark judgment. It will be for Mauritius and the UK to sit down and implement this advisory opinion.

“It will be for Mauritius now to decide on the resettlement of the islanders. There’s no veto at the UN general assembly. It will decide how to go forward with the matter. There’s no question of the UK coming up with new arguments: their arguments were put forcibly and well.

“It’s difficult to imagine the UK as it moves forward into this Brexit world, ignoring what the international court of justice and the UN general assembly have said. The UK is a country which prides itself on respect for the rule of law. Our hope and expectation is that the UK will honour the ICJ’s findings and give effect to it as rapidly as possible.”

David Snoxell, coordinator of the all-party parliamentary group in the Chagos Islands, said: “This is a searing indictment of the UK detachment of the Chagos archipelago from Mauritius in 1965 and its subsequent defence of that action. The UN general assembly must now decide what to do about this post-colonial legacy, including the human rights of the Chagos Islanders.

“Opinion in the UN and the Commonwealth is highly critical of our policy towards Chagos. The UK’s reputation and human rights record suffer. Litigation costs to the taxpayer multiply. HMG [Her Majesty’s government] should seize the opportunity to engage in serious discussions with Mauritius for an overall settlement. There is no defence, security, political or legal reason to delay it any longer.”

Damian Gonzalez-Salzberg of Sheffield University’s Centre for International and European Law, said: “With the sole dissent of Judge Donoghue [from the US], the court confirmed the stance supported by the majority of states that intervened in the proceedings: the right to self-determination was part of customary law already in 1960.”