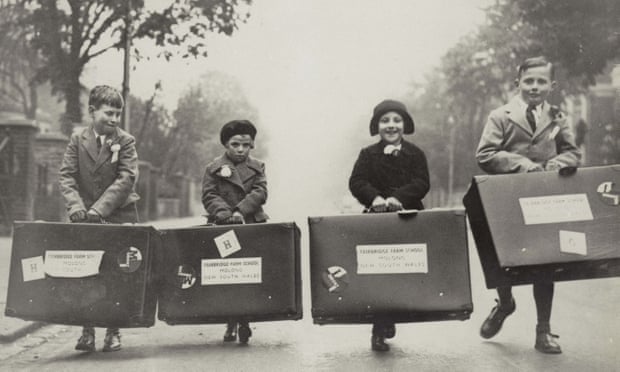 Exclusive: 130,000 children sent to ex-colonies up to 1970s under ‘misguided’ programme

Child migrants from Britain sent thousands of miles from home to Australia in what was described as a “misguided” programme are to be given £20,000 (A$36,000) in compensation by the British government.

Under the programme, more than 130,000 children were sent to a “better life” in former British colonies, mainly Australia and Canada, from the 1920s to the 1970s.

The children, aged between three and 14, often faced a life of servitude and hard labour in foster homes. The majority came from deprived backgrounds and were already in some form of social or charitable care. Many ended up on remote farms, or in state-run orphanages and church-run institutions. They were often separated from siblings and some were subjected to physical and sexual abuse.

About 4,000 children were sent to Australia, a mass emigration portrayed in the 2010 film Oranges and Sunshine, which starred Emily Watson as Margaret Humphreys, a social worker from Nottingham who uncovered the scandal.

In 2010, the then UK prime minister, Gordon Brown, issued an official apology, expressing regret for the “misguided” programme.

The Independent Inquiry into Child Sexual Abuse (IICSA) interim report and its report on the child migration programme were published in spring 2018 and recommended the government offer financial compensation.

“The claimant must have been sent by a church, state, voluntary or other organisation … and must not have been accompanied by an adult family member, or sent to live with a member of their birth family,” the government said in the letter announcing the decision.

The Child Migrants Trust would accept applications from 1 March 2019 and the scheme would remain open for two years. Later claims would be considered on a case by case basis and a late claim would not affect a person’s eligibility or the amount they were paid.

In 2010, Brown said the government was sorry children “were allowed to be sent away at the time when they were most vulnerable”. He announced a £6m fund to reunite separated families. The Australian government apologised in 2009 for the cruelty shown to child migrants.

The emigration programme was set up to ease the burden on UK orphanages and to boost the populations of the colonies but it was later revealed that some migrants in Australia, who had been told they were orphans, may have relatives living in the UK.

In 1956, British officials went on a fact-finding mission to Australia, inspecting 26 institutions that took in child migrants. They delivered a critical report, noting concerns such as the remote rural locations where some children were sent. Despite this, the programme continued and the report made no mention of the sexual or physical abuse faced by a number of young people.

The letter said: “The government has long acknowledged and accepted that assessment at the time of the national apology in 2010 and in fact went further, calling it a ‘shameful episode of history and this failure in the first duty of a nation, which is to protect its children’.”

A Department of Health and Social Care spokesperson said: “The government is working closely with the Child Migrants Trust to develop and establish the payment scheme and the Trust will start accepting applications from 1 March 2019.”