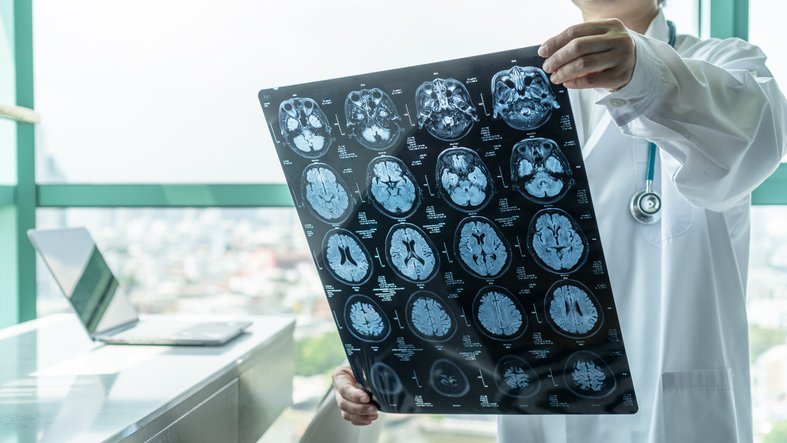 Neuromodulation—where a device emits electrical pulses to stimulate certain parts of the brain in hopes of regulating the damaged signals linked to conditions such as anxiety, depression, Parkinson’s disease and more—has seen some success in relieving the symptoms of those conditions.

That success has been limited, however, by the fact that many neurological illnesses present differently from person to person, minimizing the potential effects of standardized, “one-size-fits-all” deep brain stimulation devices, especially for difficult-to-treat conditions like depression.

But here’s the exception that proves the rule: When a new neuromodulation device developed by researchers from UCSF Health was personalized to a patient’s specific brain patterns, it demonstrated near-immediate success in relieving her severe, treatment-resistant depression, according to a study published Monday in Nature Medicine.

Their stimulation system includes a small device implanted in the patient’s brain that continuously monitors neurological activity and instructs two leads in separate areas of the brain to emit electrical pulses if abnormal activity is detected. The system, which the researchers refer to as a “pacemaker for the brain,” had previously seen success in treating epilepsy.

Treatment of the patient, identified by her first name, Sarah, began with an analysis of her electrical brain activity. The researchers plotted out patterns in that activity that matched up with changes in her mood, taking note of where the signals originated, resulting in a map of her “depression circuit” that could be used as a neural biomarker linking Sarah’s depression symptoms to specific patterns in her brain signals.

The biomarker was then used to program the stimulation device, which is trained to trigger the regional six-second pulses only when a specified pattern occurs.

The treatment alleviated Sarah’s depression symptoms almost immediately, the researchers said, and those improvements have lasted for the approximately 15 months since she was implanted with the device last summer. That’s in sharp contrast to other deep brain stimulation devices, which typically offer relief from depression symptoms after anywhere from four to eight weeks after treatment begins, despite offering continuous stimulation during that entire period.

“The idea that we can treat symptoms in the moment, as they arise, is a whole new way of addressing the most difficult-to-treat cases of depression,” said Katherine Scangos, M.D., Ph.D., an assistant professor of psychiatry at the University of California, San Fransisco and first author of the study.

To continue validating the technology as a treatment for severe depression, the researchers have recruited two more patients in the trial, with plans to eventually reach a pool of 12.

“We need to look at how these circuits vary across patients and repeat this work multiple times. And we need to see whether an individual’s biomarker or brain circuit changes over time as the treatment continues,” Scangos said.

Still, success with even one patient has already proved the technology’s potential to both treat depression and map out neurological patterns and signals, a process that has largely stumped the field of medicine.

“The effectiveness of this therapy showed that not only did we identify the correct brain circuit and biomarker, but we were able to replicate it at an entirely different, later phase in the trial using the implanted device,” Scangos explained. “This success in itself is an incredible advancement in our knowledge of the brain function that underlies mental illness.”