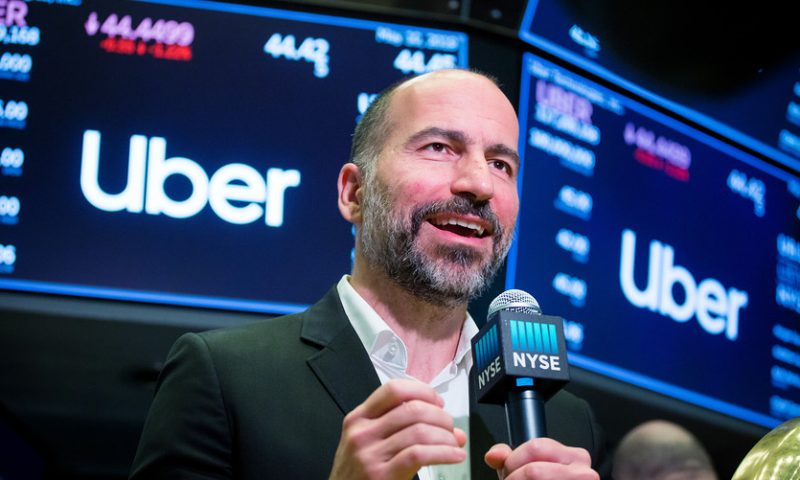 News ‘comes as a shock’ to Wall Street

Shares of Uber Technologies Inc. fell more than 1% in the extended session Friday after Chief Executive Dara Khosrowshahi said in an email to employees the ride-hailing company’s chief operating officer and chief marketing officer are leaving.

Khosrowshahi said in the email that he and COO Barney Harford had agreed that the chief operation officer role at Uber UBER, -1.69%  “no longer makes sense” now that Khosrowshahi, a month past the company’s initial public offering, had more time to be “even more involved” in Uber’s day-to-day operations. Harford will stay on until July 1 to help with the transition.

The marketing, policy and communications teams will be combined into one, led by Jill Hazelbaker, the former senior vice president of communications and public policy, Khosrowshahi said in the email. Chief Marketing Officer Rebecca Messina is leaving after nine months on the job.

COO Harford previously was the CEO of Orbitz and was named Uber’s COO in 2017.

The news “comes as a shock” for Wall Street and “clearly one of the last things investors wanted to see with the stock currently coming under pressure,” analysts at Wedbush said in a note late Friday.

The timing of the departures so soon after the IPO “will raise some eyebrows for investors and add more pressure” on Khosrowshahi and his team in the near term, they said. But it’s better that they happen sooner rather than later, the analysts said.

“While in the near term around the edges this could add some uncertainty to the name from the Street’s view we would rather management rip the bandaid off and make these changes now in the executive suite with minimal disruption expected.

The Wedbush analysts kept their equivalent of a buy rating on Uber stock with a price target of $65, implying a 47% upside to Friday’s price.

Uber last month raised more than $8 billion in an initial public offering, behind Wall Street expectations and a disappointing start for the company.