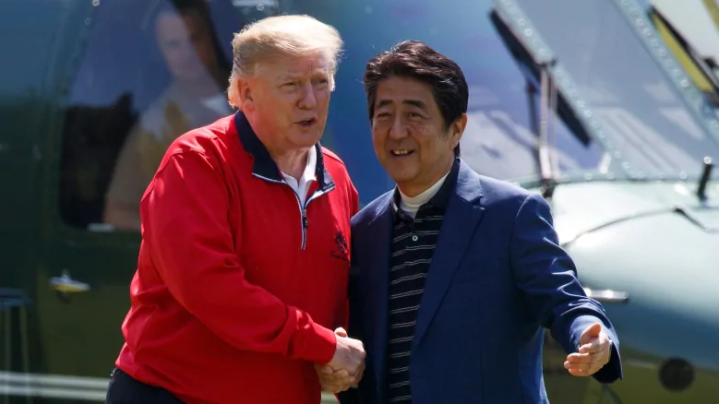 It was only last year when the ratification of a trade deal with Asia-Pacific nations was heralded as a big win for Canadian exporters.

One of the jewels of the pact — called the Comprehensive and Progressive Trans-Pacific Partnership (CPTPP) — was Japan, which agreed to slash tariffs on a variety of goods.

Canada’s pork and beef producers were projected to be among the big winners, gaining a potential edge over their American rivals in the pursuit of Japanese buyers.

Now it seems that tariff advantage could be short-lived.

U.S. and Japanese officials are busy hammering out the details of a new agreement that could see tariffs fall on  American agricultural exports, giving them a boost in one of the world’s most desirable markets.

The precise impact could take weeks or even months to unfold, but it may offer yet another test for Canadian meat producers already coping with the fallout of Chinese trade turbulence.

“We’re a bit premature as far as understanding what the specific deal will be,” said Rick Bergmann, chair of the Canadian Pork Council. “But it does create concern for us, as we export over 70 per cent of our product around the world to 88 different countries. Countries like Japan are very important for us.”

The Japanese market was a big reason Canada’s agri-food exporters were excited when the CPTPP was ratified late last year. The deal quickly lifted some tariffs and began phasing others out.

Tariffs on Canadian fresh beef, for instance, have dropped to 26.6 per cent from 38.5 per cent; ultimately, they’ll fall to nine per cent. Since the deal kicked in, Canadian beef exports to Japan have soared.

Citing federal data, the Canadian Cattlemen’s Association said the volume of beef exports to Japan climbed to nearly 22,600 tonnes through the first half of the year — up more than 62 per cent over the same period last year.

“I feel safe in saying it’s going to be our best year ever in Japan,” said John Masswohl, director of government and international relations for the Canadian Cattlemen’s Association.

Trade with Japan, as well as the other nations included under the CPTPP, appears even more important in the wake of China’s decision to put restrictions on various Canadian exports, including pork and beef.

But Canada’s inroads in Asia aren’t the sort of thing that goes unnoticed south of the border, especially as President Donald Trump balked at joining its precursor, the Trans-Pacific Partnership (TPP).

The farming lobby has been “pressuring” Trump to get a deal with Japan, said political scientist Yves Tiberghien, co-director of the Centre of Japanese Research at the University of British Columbia.

The U.S. trade war with China, which has been tough on American farmers, only ratcheted up the urgency.

Then at the recent G7 meeting in France, Trump and Abe announced they had an agreement in principle and would aim to sign a final deal in New York by the end of September.

The outcome of the talks isn’t certain and terms of the deal are said to still be under negotiation. Bloomberg News reported this week that trade officials are still discussing how much Japan is willing to open its agricultural market to U.S. imports.

Some experts anticipate that when a deal is finalized, Canadian and U.S. food producers will be on even terms in Japan.

“The short-term advantage that Canada had relative to the U.S. under [CPTPP] will likely go away — if and when that agreement is reached,” said Mike von Massow, a food economist at the University of Guelph.

If the deal happens, American producers will likely push hard to regain any market share they may have lost, said Carlo Dade, director of the trade and investment centre at the Canada West Foundation.

“I think they may price aggressively,” Dade said. “That’s what I would do.”

But Dade said Japanese tariffs aren’t the whole ballgame when it comes to the CPTPP, which includes Canada and 10 other countries in the Asia-Pacific region, including Australia, Vietnam and Malaysia.

For example, American exporters may sell cheaper goods into Japan. But, Dade explained, the CPTPP contains rules that would restrict Japanese firms from using those goods to make something else by entering them into the supply-and-production chain. Canadian exports to Japan don’t face those restrictions.

“That advantage remains with us,” Dade said.

Indeed, von Massow said it’s significant the U.S. is seeking a bilateral deal with Japan rather than join the TPP.

“The other countries, Vietnam and others, we still have an advantageous position — and that’s where we really saw the biggest potential for growth. And I expect that’s where we’re prioritizing,” he said.

Still, Canada’s pork and beef sectors are watching for details as the U.S.-Japan talks unfold.

Masswohl sees a potential upside for the Canadian cattle sector if tariffs on U.S. beef fall: It would mean more money in the hands of Japanese buyers, he said, who will then have more money to spend.

“We also sell a lot of cattle into the U.S.,” Masswohl said.  “For U.S. exporters to be making more money in the Japanese market can only be good for them buying Canadian cattle.”