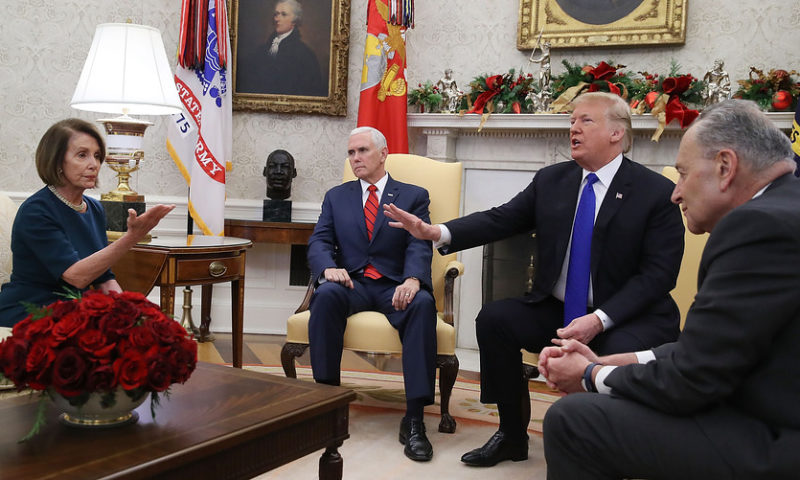 U.S. stocks closed mostly lower Tuesday in a session that saw the key indexes weave in and out of positive territory as investors weighed mounting political tension in the nation’s capital against renewed optimism over U.S.-China trade talks.

The National Federation of Independent Businesses issued its small business optimism index for November, showing it fell to 104.8 from 107.1 in October, its lowest reading since May.

The wholesale cost of goods and services rose by 0.1% in November, above consensus estimates of a 0.1% decline, according to a MarketWatch poll of economists. Year-over-year rises in producer prices, however, fell to 2.5% from 2.9%, according to the Labor Department.

“Hard to rally on the same news more than twice. Market opened on hopes of trade concessions with China. Trade is a long-term discussion [with] no resolution of substance until much further down the road. Therefore all rallies have be treated with suspect particularly given the strong downside momentum in force since October,” said Bruce Bittles, chief investment strategist at Baird.

“Today is pretty much a mirror image of yesterday. We started out strong and now the early gains have been whittled away just as the market clawed back early losses yesterday,” said Colin Cieszynski, chief market strategist at SIA Wealth Management Inc.”Overall, volatility remains high with neither side — bulls or bears — able to exert control for more than a day or two.”

Larry Benedict, chief executive of the Opportunistic Trader, said that investors remained “skittish.” “The true giveaway in my mind,” that markets aren’t about to mount a year-end rally, “is that volatility is still elevated at roughly 22,” he said. “If this were the real deal, volatility would be near 15.”

Apple Inc. shares AAPL, +1.08%  fell 0.8% amid lingering concerns about the company’s business model and a series of setbacks in China, a key market.

Shares of Francesca’s Holdings Corp. FRAN, -16.67% skidded 15% after the firm announced a quarterly loss and a decline in store foot traffic.

DSW Inc. DSW, +0.96% rallied 10% after the company roundly beat estimates for third-quarter profits and sales, while raising its 2018 outlook.

Pfizer Inc. PFE, +0.86% shares slid 0.6% after the stock was downgraded to neutral from overweight by JPMorgan.